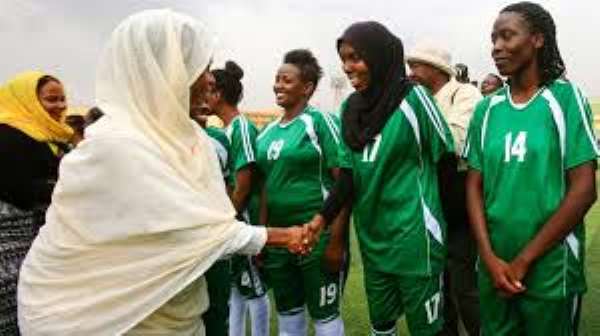 History was made in Sudan on Monday Seprember 30 with the first match of the brand new women's football league played in Khartoum Stadium - with chants of "civilian rule" from the crowd.

It was a sight that would have been virtually unimaginable under the rule of former President Omar al-Bashir - after the country adopted Islamic law in 1983.

Mr Bashir's 30-year rule ended in April following months of mass protests. The country is now governed by a coalition of civilian and military leaders.

Mervat Hussein, the head of women's football at the Sudanese football association, who attended Monday's historic match, told the BBC's Newsday programme that it was a "real opportunity".

"Many players have been waiting for this moment and it's a real opportunity to play football at last," she said.