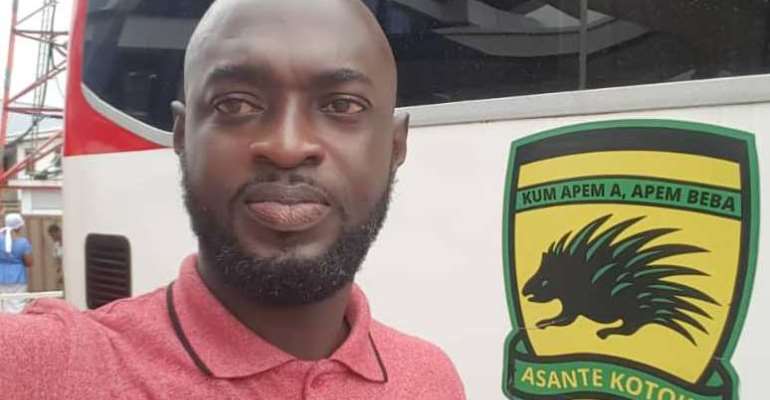 Public Relations Officer (PRO) for Kumasi Asante Kotoko, Kennedy Boakye Ansah has strongly insisted that the side will bounce back better after crashing out of the CAF Champions League.

The second leg of that crucial final playoff round was played yesterday in Tunisia and ended with the home side scoring 3 goals – one penalty and two headers – despite being reduced to 10-men at some point.

In a post-match analysis, several supporters of the Porcupine Warriors have made allegations against Egyptian referee Ibrahim Nour El-Din who handled the match.

Many believe that the referee was bias on the day and awarded a dubious penalty to the home side.

Sharing his thoughts on the match, Kotoko PRO Kennedy Boakye Ansah shared, “We were highly optimistic to eliminate Etoile Du Sahel but from the blanks of the whistle, we suspected a foul play”.

“Our players were extremely discipline. All the 50/50 balls were against us. The penalty we conceded was extremely harsh. It demoralized the team’s spirit.”

Nonetheless, he expressed optimism in the team’s ability to bounce back in good fashion in subsequent assignments.

“But that is the beauty of football. Sometimes you don’t get what you want. We’ll take great inspiration from our moto. Kotoko will bounce back better”, he added.

After being knocked out of the CAF Champions League, Kotoko is set to engage in the playoff round to the group stage of the Confederations Cup.