Chelsea's Emerson Out Until Mid-October With Injury 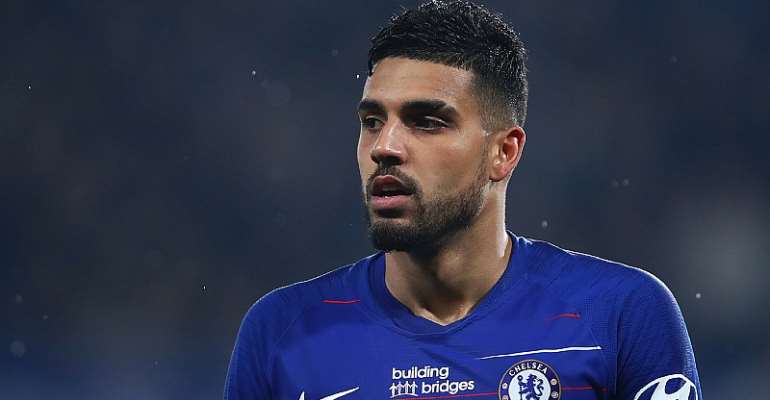 Chelsea left-back Emerson Palmieri will be out until the middle of October after sustaining a thigh injury during Sunday's 2-1 Premier League defeat by leaders Liverpool, manager Frank Lampard has said.

Italian international Palmieri, who has started five out of six league games this season, was joined on the treatment table by fellow defender Andreas Christensen after the Danish centre back suffered a knee problem in the same match.

"Emerson now won't be back until the other side of the international break (during mid-October)," Lampard told a news conference ahead of Wednesday's League Cup third-round clash against Grimsby Town.

"It will be a few weeks because it is the recurrence of an injury so we have to be a bit careful with it... Andreas is not too severe. Hopefully, he won't be out for too long but I can't give a timeframe."

Lampard's side, who are 11th in the league with eight points after two wins, two draws and two losses, host Brighton & Hove Albion on Saturday.