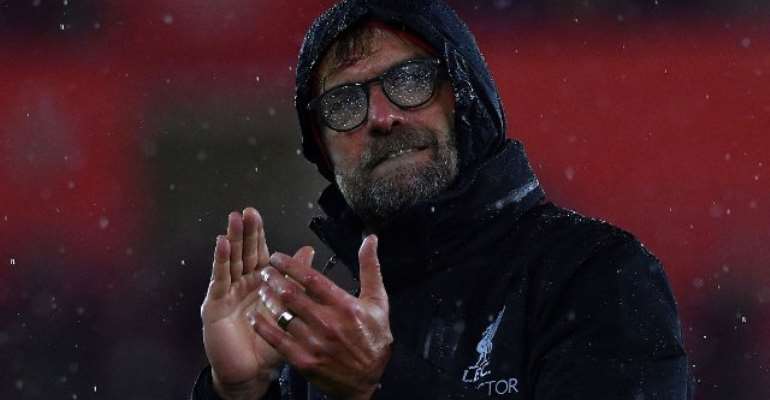 Jurgen Klopp’s agent, Marc Kosicke, has suggested that the success of any contract extension talks at Anfield may be influenced by the British weather.

The German tactician is closing in on the four-year anniversary of his appointment by the Reds.

Since his arrival in October 2015, the 52-year-old has helped to make Liverpoolcompetitive again in the Premier League while ending the club’s long wait for major silverware with a Champions League triumph.

Many on Merseyside would be happy to see him commit to a contract for life, but Klopp has stated on a regular basis that he is in no rush to discuss his future beyond the end of his current deal.

That is due to expire in 2022, with Kosicke claiming that discussions regarding fresh terms may depend on climate change delivering an improvement to conditions in the North West of England.

He told DAZN and Goal: "Jurgen's contract is still valid until 2022 and it is an open secret that the club would like to extend.

"We still have a little time for that. We must wait and see how everything develops and whether climate change will bring better weather to England or only to Germany.

"One should not underestimate [the bad weather]. I remember that in November or December, Liverpool first asked for a contract extension. I said: 'Let's wait'.

"Ulla [Klopp's wife] and Jurgen get up in the morning and it's dark. When they meet again in the evening, it is also dark or it is grey and there is drizzle.

"During the winter break in Germany, if the weather is really bad, the clubs go on vacation for two weeks, then come back and fly directly to the training camp in the sun for several days.

"During this time, the coaches in England sometimes have to prepare for up to 13 games. They are already exhausted and it's not so easy."

Kosicke added on Klopp’s drive, which may also see him opt to walk away and take a break: “Jurgen is not just interested in the win next Saturday. It is also about how the club is perceived and that everyone has a good working environment. The joy of daily work is the basic requirement for this.

“He always says: ‘If we are already there, then we must still give 100 per cent’. So I think it's this mix. Without taking into account the fact that his work is evaluated publicly every day.

“A CEO of a DAX board does not have that, they are judged by quarterly figures. The fact that every day something is written about you, how you work, how you look and he still gets on with things so well, that's what attracts the leaders of clubs to him.”

Klopp’s CV also offers obvious appeal to Liverpool and any other suitor, with there a determination on his part to add a Premier League title to his collection of honours after coming so close to toppling Manchester City in 2018-19.

“He is not only proud of the process that is going on, but also very happy that titles are back in the closet," said Kosicke.

“Therefore, winning the Premier League would still be a goal for Jurgen. There are these six top teams in the league. Jurgen has recently said his biggest problem in Liverpool is Manchester City.”