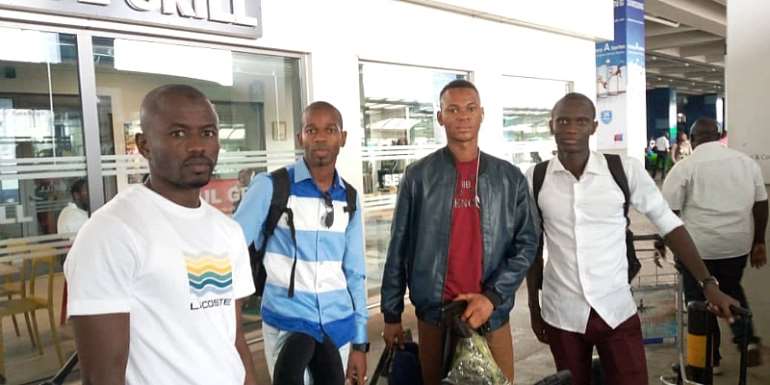 The match officials appointed by the Organizers of the CAF Confederations Cup to officiate the upcoming match between Obuasi Ashanti Gold and RS Bekane have arrived in Ghana.

The Ghana Premier League giants are billed to host their counterpart from Morocco this weekend in a crucial game as they bid to secure qualification to the group phase of this year’s second-tier inter-club competition.

The adjudicators expected to take charge of the match landed at the Kotoka International Airport earlier today around 16:30GMT.

The team of referees includes Issa Sy from Senegal who will be acting as the center referee. He will be assisted on the lines by El Hadji Malick Samba and Nouha Bangoura.

Adalbert Diouf who has been selected to be the match commissioner was part of the team that arrived in the capital city earlier today.

Before that though, the match officials will have the chance to train at the match venue tomorrow.