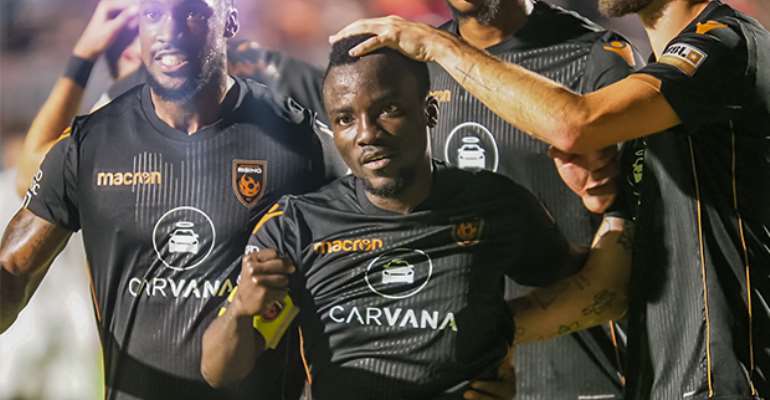 Ghanaian forward Solomon Asante emerged as the hero once again for USL Championship side Phoenix Rising FC by scoring the only goal to propel them to a 1-0 win over San Antonio FC on Saturday.

The league leaders went into the match with a record of 17 successive wins and in hopes of taking that tally to 18.

Tipped to easily sail past San Antonio, the visitors proved a tough opponent and held Asante and his teammates at bay for more than 80 minutes.

Having struggled to find the breakthrough, the hosts were awarded a free-kick just three minutes to end the game in a very dangerous position. The League’s top goalscorer, Solomon Asante stepped up and expertly lifted the ball over the wall and into the back of the net.

The Ghanaian’s performance earned him the man of the match accolade and well on course to winning the player of the season.

The former TP Mazembe man has 21 goals and 14 assists which has helped Phoenix Rising to maintain their top spot on the USL standings ahead of the play-offs.

Watch Solomon Asante's free-kick in the video below: