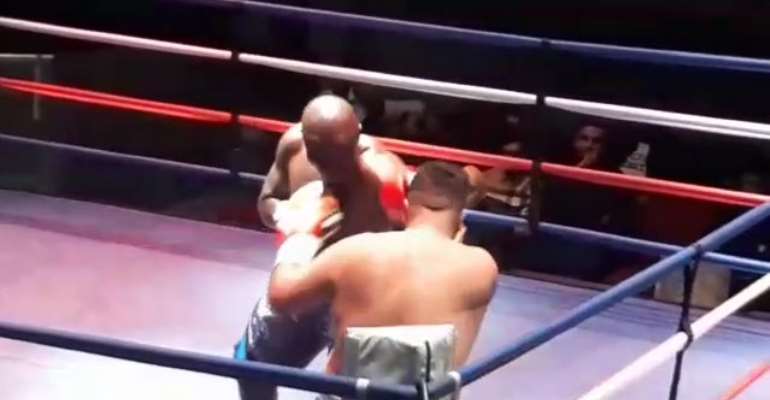 Vociferous Ghanaian boxer, Braimah Kamoko aka Bukom Banku, has clinched his first-ever victory outside Ghana after he knocked out Ferenc Albert in Bradford, United Kingdom.

Kamoko stopped his Hungarian opponent in the 3rd round of their bout which took place at St. George Hall in Bradford on Saturday night.

The bout was put together by Monarch Events and Promotions.

Kamoko’s last major bout was in October 2017 when he lost to rival, Bastie Samir, at the Bukom Boxing Arena.

Before the bout, Bukom Banku said that the fight was an opportunity to remind everyone of his skill and prowess and added that Albert would see a very short bout.

As he prepared to leave Ghana, he said, “Tell me a Ghanaian champion who has never tasted defeat before. The likes of Azumah Nelson, Joshua Clottey, Ike Quartey, Joseph Agbeko and the rest.

"I have learnt alot from my defeat to Samir Bastie and hopefully I will show that on fight night in UK. Look this is my first international pro fight and I intend to make a statement.

"I am going to stop him (Albert Ferenc) in round 5. This fight won’t travel far. I tell you.”