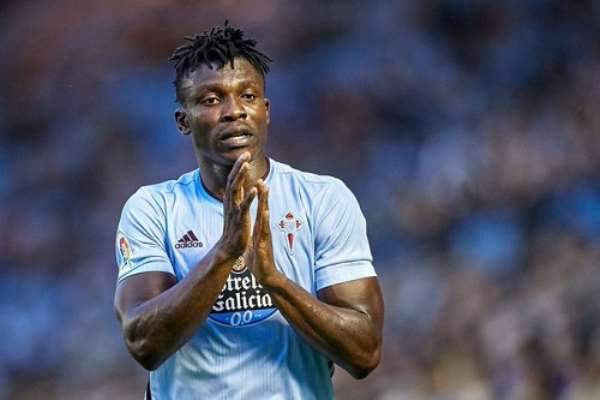 Ghanaian center-back Joseph Aidoo has revealed his desire to help Spanish La Liga side Celta Vigo finish the ongoing season with a good position on the standings.

The Black Stars defender completed a move to the Spanish top-flight side from Belgian giants KRC Genk in the just-ended summer transfer window following an outstanding display last season.

Having started life with the Sky Blues, the 23-year-old Aidoo in an interview with the club’s website has shared, “I hope that in the end, we are up in the rankings”.

Also speaking on his debut for Celta Vigo against Valencia which ended 1-0 in favour of his side at the Baladios stadium, the player described the feeling as fantastic.

“The feeling was really beautiful when I found out that I was a starter. Seeing my name on the shirt was beautiful. And in the end, the victory was fantastic," Aidoo added.

He further shared, “I think Spanish football is much more mature, full of talent, you really have to concentrate, much more than even one hundred percent. I find myself improving every day in training and also in matches. I hope that in the end, we are up, that's what I hope”.