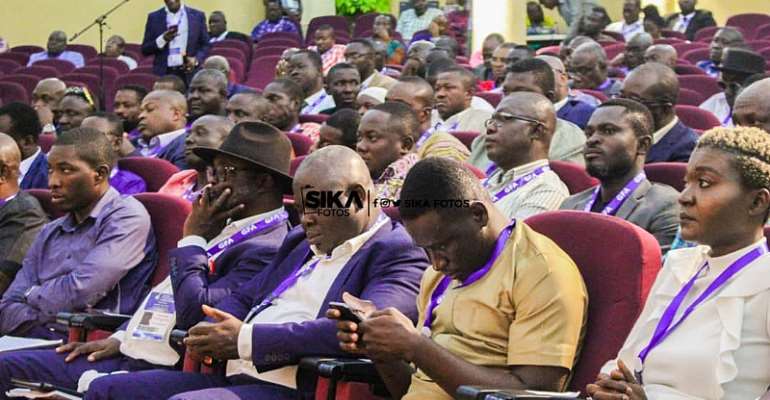 Some club owners and administrators of Ghana Premier League clubs and Division One clubs have expressed satisfaction with the reviewed GFA statutes which was adopted at an Extraordinary Congress of the GFA Congress in Accra on Thursday, September 5.

A review of the GFA statutes was one of the key mandates given by football’s world governing body, FIFA, to the GFA Normalisation Committee when it was tasked in September last year to replace the disbanded Executive Committee of the GFA in the wake of an expose into widespread corruption in the administration of Ghana football.

Although there were counter proposals and initial resistance among some club administrators to some clauses of the reviewed statues, they nonetheless found a common ground to agree on some amendments.

Veteran Alhaji Karim Gruzah, founder of Division One League side, King Faisal, told the Graphic Sports Online that he was happy with the outcome of the congress despite the initial disagreements.

Outspoken and sometimes controversial, Alhaji Gruzah noted that he was pleased that the normalisation process would end soon.

AshantiGold CEO, Frederick Acheampong, was also pleased organised football was set to return following the adoption of the new statutes.

“I believe this is what we wanted and thus what we have done. We wanted to come to congress and settle and adopt the new statues, we did absolutely that. We may not like everything in the new statues but we have amended the most necessary ones,” he said after the Congress.

Mr Jojo Duncan, CEO of Division One side, Proud United, also expressed his satisfaction with proceedings at the congress.

“I am very happy for what we have achieved today, this was one thing that we all needed to do so that we start the GFA presidential election. For me, we have comported ourselves well”.

Nana Oduro Sarfo of Berekum Chelsea was equalled pleased with the turn of events on Thursday.

“The most important aspect of the normalisation process is what we have done here; I am pleased with the turn of events. We might have our own disagreement but generally we have ended peacefully,” he said.

Another amendment made was the number of people who will constitute congress with the initial 134 members reduced to 120.