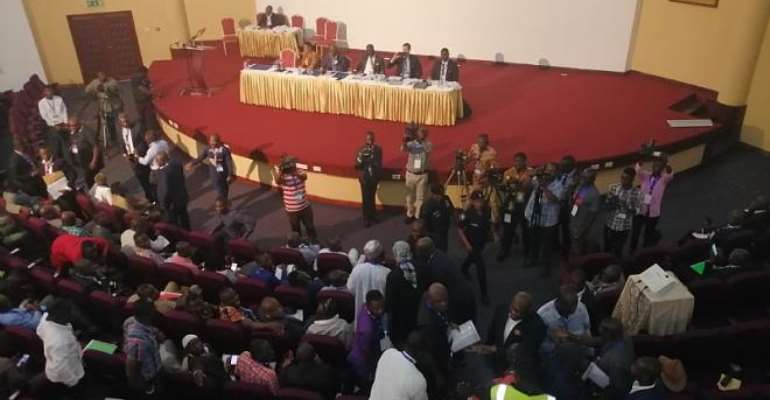 Key stakeholders of the football as far as the running of sports in the country is concerned gathered today at the premises of the College of Physicians and Surgeons in Accra with the aim of adopting a new status being proposed by the Normalization Committee of the FA.

Midway through the program, Alhaji Grusah who had mounted the floor to make some inputs accused the RFA Chairmen of contributing to the decline of football in the country and referred to them as goro boys.

That description attracted the fury of the RFA chairmen who retaliated and showed their displeasure.

Below are excerpts of what happened at the Congress between Alhaji Grusah and the offended RFA Chairmen.