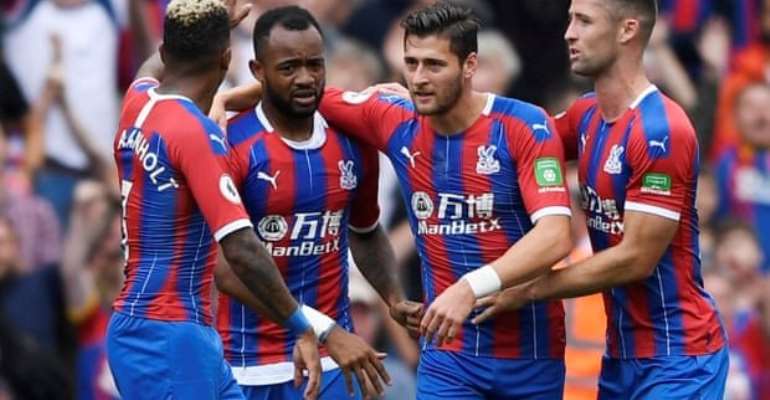 Jordan Ayew bagged the solitary goal for Crystal Palace as they recorded a 1-0 Premier League victory against his former employers, Aston Villa, at Selhurst Park on Saturday afternoon.

The 27-year old – who signed for the Eagles permanently from Swansea City after spending the previous season in South London on loan - netted his first goal of this campaign, in last weekend’s massive 2-1 win away at Manchester United.

He would repeat the same again, this time connecting with a pass from countryman Jeffrey Schulpp on the left, ghosting past two Aston Villa players, and then beautifully composing himself to drift the ball into the right-hand corner of the net, beyond the reach of goalkeeper Tom Heaton.

It became the first time since December 2015 that Ayew would score in back-back Premier League games while plying his trade for the Villains at the time.

It now betters the Ghana international’s tally of one goal in 20 league outings for Palace last term, where they finished in 12th place.

Roy Hodgson’s side have now recorded two wins from four top-flight games and presently occupy fourth place on the log.

Their next game is a short trip to north London against Tottenham Hotspur on September 14.