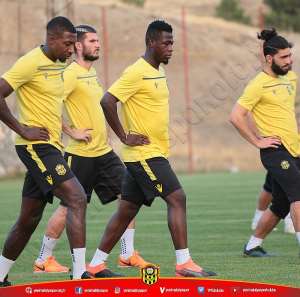 The Turkish Super Lig side signed the 27-year-old as a free agent in the summer.

Acquah penned down a two year deal with the Yellow and Reds until summer 2021.

However, the deal comes with a further option for one more season.

Acquah spent almost the whole of his club career in Italy playing for five clubs – Palermo who first signed him in 2011, two loan spells at Parma and then Sampdoria, Torino and Empoli. In between was an unsuccessful stint at German Bundesliga side TSG Hoffenheim.