Williams destroys Sharapova at US Open 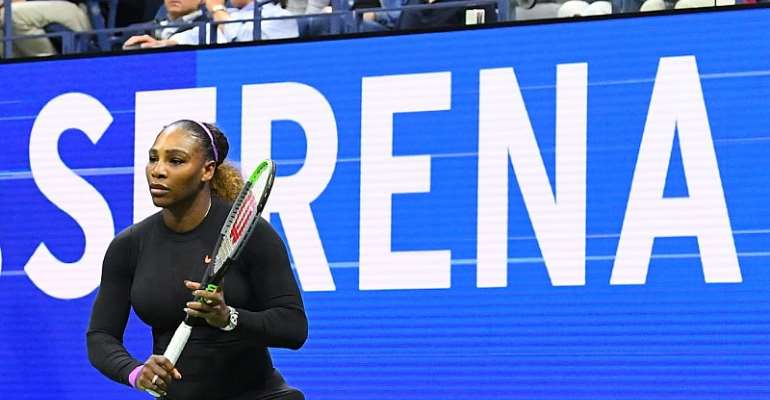 Serena Williams, a month shy of her 38th birthday, and 32-year-old Maria Sharapova were in unchartered territory on Monday night at the US Open. Their clash on Arthur Ashe Stadium was the first time they had met in the opening round of a tournament in 15 years of combat.

"I thought she served really well and found her spots really well," said a chastened Sharapova. "I don't think we got into too many rallies. She won a majority of the 'one-two punches'. That's where she hurt me alot."

Four months later, Sharapova, who had just turned 17, exacted revenge on the American in the Wimbledon final.

The tennis world hailed a new queen and the sponsors drooled over the Russian teenager.

Sharapova asserted her ascendance at the women's season ending championships by again beating Williams in the final.

But 2004 was as good as it got for Sharapova in her on court battles with Williams. Off court, Sharapova cemented her position as the highest earner on the circuit but Williams amassed the Grand Slam crowns.

Success
When they met on Monday night at Flushing Meadows, Williams was seeking her 24th major, Sharapova her sixth.

Following the demolition, it is Williams who continues the quest. "I just feel like her game matches up really well against mine," said Williams.

"I always said that her ball always lands in my strike zone and it's just perfect for me."

Williams will take on her fellow American Catherine McNally in the second round after the 17-year-old wildcard upset Switzerland's Timea Bacsinszky 6-4, 6-1.

It will be their first meeting. "I don't know what the meaning of rivalry is," said Williams when asked about her skirmishes with Sharapova over 15 years.

"I feel that everyone is a rival whether I'm 20 and two against them or zero and one."