'Serie A Is Superior Than Bundesliga' - KP Boateng Claims 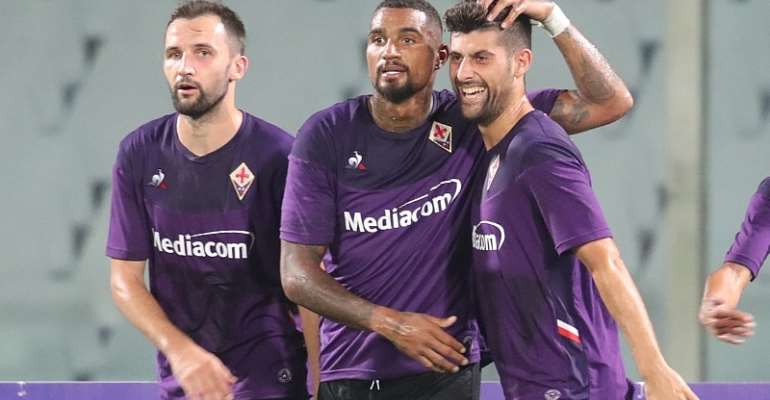 Ghana forward, Kevin-Prince Boateng beleives the competitive nature in Seria A influenced his decision to stay in Italy and join Florentina.

The 32-year reckons that his former side, German outfit Eintracht Frankfurt made him an offer but the chance to play in Italy in the upcoming season is too good to turndown as “Serie A is better than the Bundesliga”

“I had an offer from Eintracht Frankfurt too, but I think this season the level in Serie A is superior to the Bundesliga," the former Barcelona forward told La Nazione newspaper. "There are at least 10 clubs that can challenge to enter Europe and I’d add Cagliari in there too.

“It’s going to be an entertaining Serie A campaign and that is one of the reasons why I decided to remain.”

The 2018 DFP Pokal Cup winner further adds that reconciling with his wife Melissa Satta after a brief break-up was another factor in joining Fiorentina.

“I am also here thanks to Melissa and she had an important role in choosing Florence. She is in love with the city and knows it well, so she was cheering on this solution."