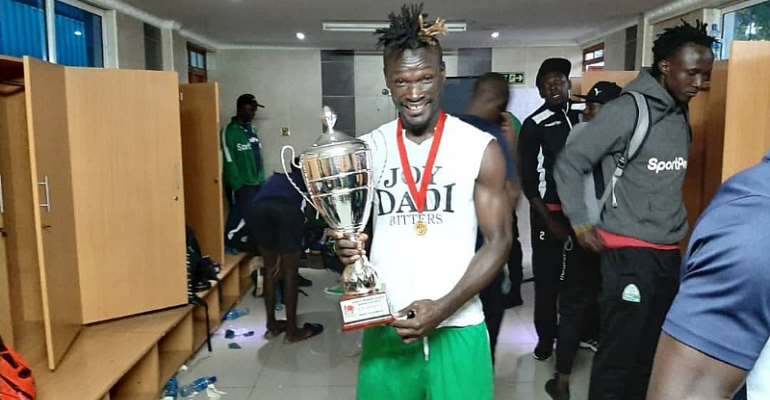 The ex-Bechem United goal poacher played full throttle of the game to help his side clinch the trophy.

Afriyie helped his club Gor Mahia to win the Kenyan Super Cup on his competitive debut on Sunday afternoon.

In an exclusive interview with Bryt FM's reporter Sylvester Ntim after the game, Francis Afriyie said, "I'm very happy to win this trophy with my club. We played a good game and we deserve this victory. Its amazing to win first trophy for the club" he said.

According to him, he is pleased with his performance despite failing to score on his debut.

"Although I could not score but the fact is that, I did well. The fans showered praises on me and this clearly shows that there is a difference between me and other Strikers" he ended.

Police requests CCTV footage of murder of wife of GNPC boss'...
15 minutes ago