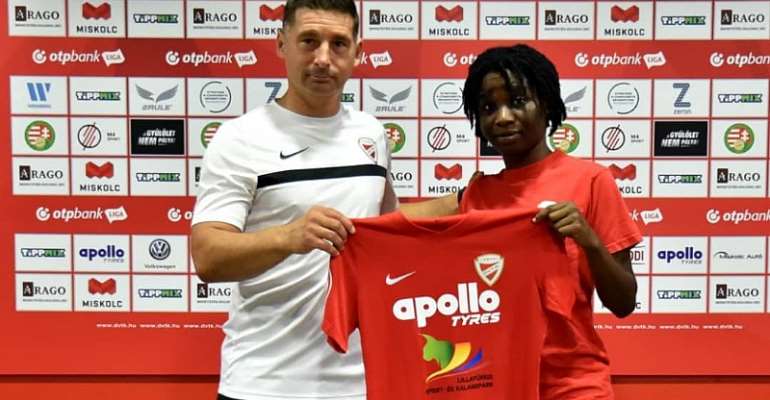 The Black Queens defender has been in negotiations with the club in the past week and has finally put pen to paper on a two-year deal after agreeing to terms of her contract.

She passed a madatory medical examination on Saturday morning and has been unveiled as the newest acquisition for the side in the ongoing summer transfer window.

Regina Antwi, 23, has been signed to augment the squad of Diósgyőri VTK Women as they bid for a successful campaign throughout the 2019/2020 season.

The center-back was part of the Black Maidens squad that won bronze at the FIFA U17 Women's World Cup in 2012 in Azerbaijan.

She has developed into a fine player in the past few years and is being tipped to succeed at her new club.