Mourinho: Man City's 'B Team' Is Better Than Man Utd Or Chelsea! 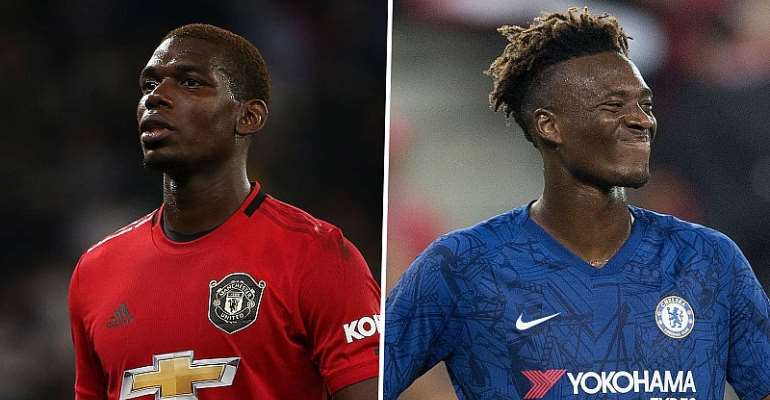 Jose Mourinho claimed that the Manchester City 'B team' has more chance of winning the Premier League this season than his former clubs Manchester United and Chelsea.

United get their Premier League campaign underway against the Blues on Sunday, but the Portuguese doesn’t hold much hope for either side ahead of the new season.

When asked on Sky Sports who he thought was in the race for the title, Mourinho identified four teams: “Manchester City, Tottenham, Liverpool and Manchester City B team.

"Today, even if one team plays magnificently or has a fantastic result, I don't believe the title is possible."

Both clubs are coming into the 2019-20 season as relatively unknown quantities, with new managers still getting their feet under the table.

Ole Gunnar Solskjaer will be hoping the big-money signings of Harry Maguire and Aaron Wan-Bissaka can help to prove that his promising start to life at Old Trafford was no flash in the pan.

Chelsea, meanwhile, are embracing a new dawn with Frank Lampard at the helm. Restricted by a transfer ban, they are expected to rely heavily on their vast array of youngsters in the coming year.

But whatever they do achieve this season, it seems that Manchester City’s Premier League crown is an unassailable one - for Mourinho's old clubs, at least.

His fellow pundits Gary Neville and Graeme Souness also wrote off United or Chelsea as contenders before their first ball of the season was kicked.

"Manchester United can't win the title and I don't think Chelsea can either,” Neville said.

"I think United would snap your hands off now if you offered them fourth. I think they are in a battle with Chelsea and Arsenal for that position.

"I think Tottenham, Liverpool and City are well ahead.

"Manchester United have got to start one block at a time. You can't expect them to go from where they have been over the last seven years to win the title.”

Souness is also ready for another two-horse race, though he thinks Tottenham could piece together another impressive season.

"I think City and Liverpool are a good bit ahead of everyone else, including Tottenham,” he said.

"They could put a good run together and have a really strong group of players again.

"I don't think anyone will come close to the top two. I see them battling it out again."

Bishop Dag apologises to Otumfuo over 'offensive' sermon
10 minutes ago

There's power in a father's encouragement – Pastor Otabil
10 minutes ago