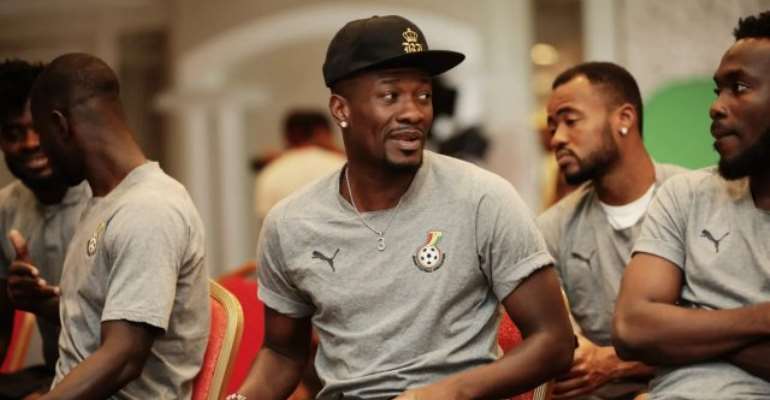 Ghana's all-time leading goal scorer, Asamoah Gyan has reiterated that the 2019 Africa Cup of Nations camp was his best.

Despite the early decision to pull out from the national team ahead of 32nd edition due to the captain armband, the former Kayserispor man joined the team after a presidential.

The 33-year-old also said the tensions leading up to the tournament did not affect the mood at camp and he had a lot of fun while in Egypt for the biggest football festival on the continent.

“I was very happy when I was there,” Gyan told Joy FM.

Gyan was replaced with Andre Ayew as captain of the Black Stars just a few weeks to the tournament.

In a reaction to this, Gyan announced his retirement from the team but he reversed the decision after an appeal from President Nana Akufo-Addo.

“A call from the President cannot be ignored,” Gyan said.

According to him, the announcement should have come months earlier.

“I was trying to play it safe but recusing myself but people spoke to me.”

Contrary to fears that the tension could cause bad blood in camp, Gyan said the mood was great throughout and he felt a lot of love.

“A lot of dignitaries come to my room…and they thank me for how I comported myself. ‘God bless you’, some of them told me,” Gyan said.

Asamoah Gyan has over 100 caps for the country and he is the highest goal scorer for the Black Stars with 51 goals.