Hearts Of Oak To Play Two Friendly Matches On Saturday 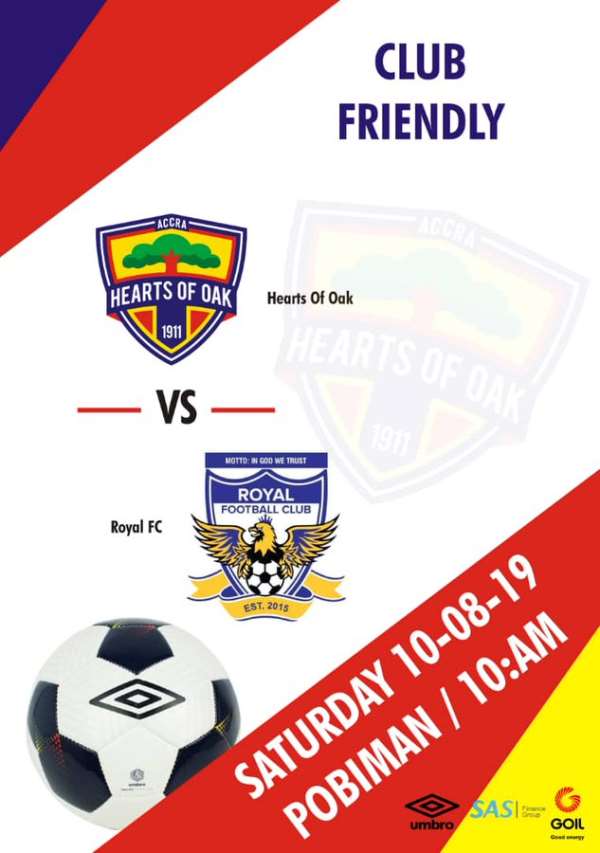 Ghana Premier League club, Accra Hearts of Oak has confirmed that they will be playing two friendly matches against Montreal United and Royal FC at the Pobiman Park on Saturday, August 10, 2019.

The doubleheader warm-up games are part of head coach Kim Grant’s plans to maintain the fitness level of his squad in anticipation to the start of the local league which could resume next month.

The team resumed training almost two weeks ago and have been training tirelessly to blend their new signings into their setup.

The Phobians hosted Future Soccer Academy in a similar friendly last week where they won 4-1 at the end of the second session.

For this weekend, Hearts will play Montreal United at 08:00GMT before engaging Royal FC at 10:00GMT.

Kim Grant is expected to use two different set of players on the day and it is likely new signing Bernard Arthur will get a chance to mark his debut for the club.