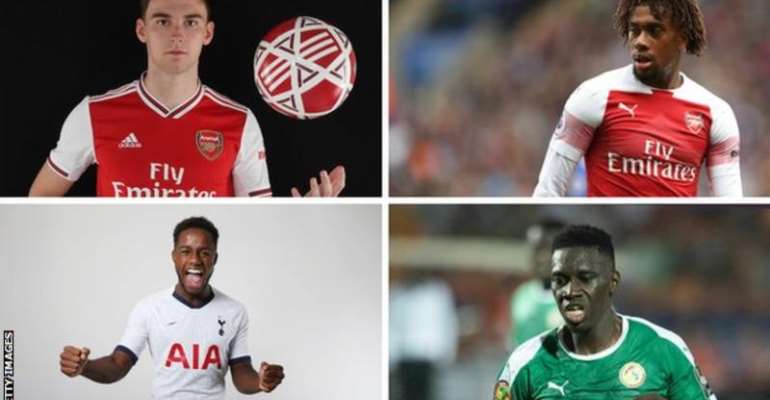 A late flurry of deadline-day signings took Premier League spending for the summer up to £1.41bn, just short of the £1.43bn record set in 2017, according to Deloitte.

Deadline day spending alone by English top-flight clubs was £170m - but on just 18 deals, the joint fewest number of transfers on the last day of the summer window since 2009.

Everton's £34m signing of forward Alex Iwobi from Arsenal was the biggest incoming Premier League deal, while the largest transfer saw Romelu Lukaku leave Manchester United for Inter Milan for £74m - a loss of £1m on the fee they paid Everton.

Arsenal were the biggest spenders in England during the window, splashing out £155m. On deadline day, they bought £25m Celtic left-back Kieran Tierney and £8m Chelsea centre-back, David Luiz.

Tottenham recruited Real Betis midfielder Giovani lo Celso on loan and signed Fulham winger Ryan Sessegnon for £25m. Their pursuit of Juventus forward Paulo Dybala was one of the big stories earlier in the day but the deal fell through.

A busy day in the Championship was headlined by West Brom spending £4m on Southampton striker Charlie Austin.

This was the second year in a row when Premier League clubs could only sign players until the day before the season started, instead of the end of August.

The deadline has also now passed for Championship clubs, but teams from Scotland, Leagues One and Two and all of Europe's major leagues can bring in players until 2 September.

The total number of Premier League signings in the summer fell for the sixth year in a row.