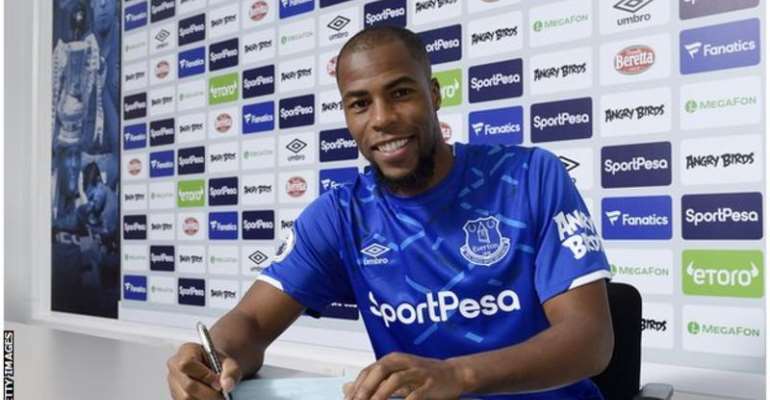 Everton have signed France defender Djibril Sidibe on a season-long loan from Monaco.

The Toffees have the option to buy the 27-year-old on a permanent deal at the end of the season.

Sidibe won the Ligue 1 title with Monaco in the 2016-17 season and was part of the France squad that lifted the World Cup in Russia last year.

He has scored six goals in 114 appearances for Monaco since joining from Lille in 2016.

The defender will provide competition at right-back for Ireland international Seamus Coleman.

Everton manager Marco Silva said: "It is important to have different options in each position and with Djibril and Seamus, we now have two high-quality right-backs.

"Djibril has also shown to me he has a real desire to play for Everton and be part of the big things we are trying to create."

They have also had a £30m bid for Arsenal winger Alex Iwobi and a loan offer for Manchester United defender Chris Smalling rejected.