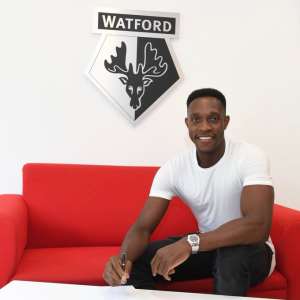 Premier League side, Watford have announced the signing of England striker Danny Welbeck.

Welbeck has been without a club following his release from Arsenal at the end of last season but has now signed at Vicarage Road.

The 28-year-old, who has won 42 caps for England, has seen his career ravaged by injury, but he is fit again after breaking his ankle playing for the Gunners before Christmas.

Welbeck, 28, left Arsenal in June after five years at the club.

He made 142 appearances in six years at Manchester United, winning the Premier League title in 2013, before joining Arsenal for £16m where he scored 16 times.