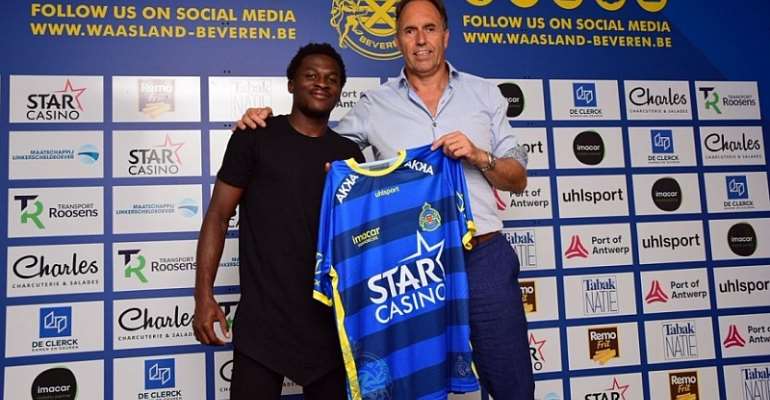 The Yellow and Blue has an option to sign the pacy winger at the end of the season from the English champions.

The club's official statement reads, "Waasland-Beveren has again added an attacking reinforcement to the core. Thomas Agyepong (22) is rented from the English superpower Manchester City. Waasland-Beveren also stipulated a purchase option on the Ghanaian flank attacker."

The has been loaned out to FC Twente, NAC Breda and Hibernian FC since joining the English Champions in 2015.

Agyepong was part of the Ghana squad that played at the 2019 Africa Cup of Nations.