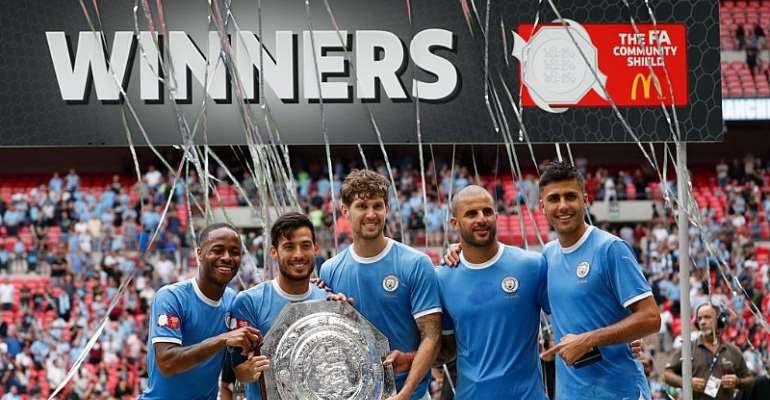 Manchester City won the Community Shield for a second consecutive season after beating Liverpool on penalties on Sunday at Wembley. Last season City cruised past Chelsea 2-0. A year later they were taken to spot kicks after the match finished 1-1.

City goalkeeper Claudio Bravo rescued his side on two occasions towards the end. First he rushed out quickly to block Mo Salah's shot and then he got done sharply at his near post to parry away Xherdan Shaqiri's drive.

When Salah did finally beat him, Kyle Walker acrobatically scissor-kicked the ball off the goal line.

Following an unprecedented clean sweep of all three English trophies in 2018-2019, City have laid down a marker for the new season with Pep Guardiola's seventh title since taking the helm at the Etihad in July 2016.