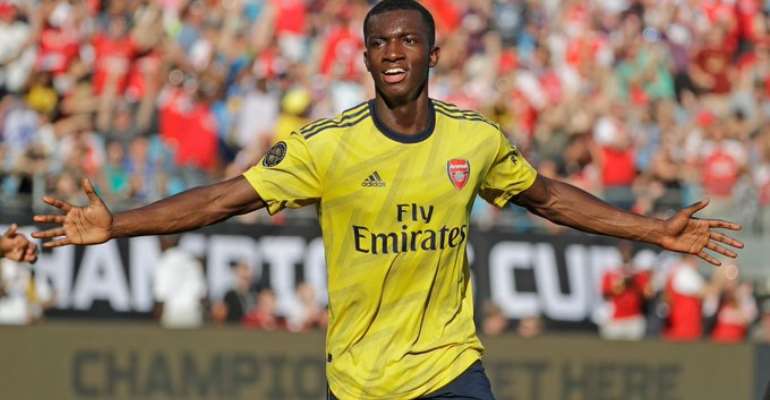 Arsenal boss, manager Unai Emery has confirmed the club will not send out Ghanaian youngster Eddie Nketiah on loan ahead of the new season.

The Gunners had planned to push the 20-year-old out on loan in the coming season as part of his development.

However, the performance of the youngster in the ongoing pre-season campaign has compelled his manager to rescind the decision to lease him out.

Nketiah scored the match-winner against Bayern Munich and also netted twice against Fiorentina over the weekend, a performance which has caught the attention of Unai Emery to give him more opportunities.

“Last year in small moments when we could give him chances to be on the pitch he did very well. His progress can confirm, we want to progress with every player.

“He has a very good attitude and they need experience, minutes and confidence. The young energy is very important.

“Nketiah was playing very well. Last year, in December we were thinking of loaning or not loaning the player to Germany and we decided he should stay with us to train and progress with us.

“We started this pre-season with the same idea as we finished last year.

“He’ll stay with us and my idea is that if you progress like we are seeing from you, you can have a chance with us.”

The England U21 striker played little role in Arsenal’s campaign last season but is expected to be a major part of the team this time.

Nketiah has been able to score three times for the Gunners in preseason so far.