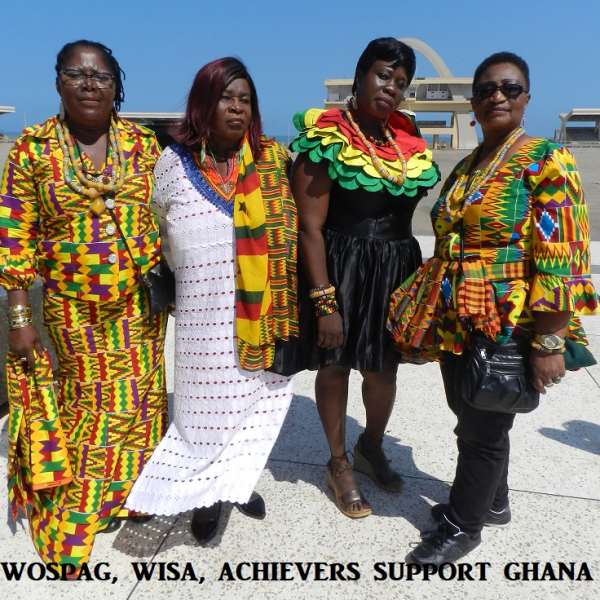 The Women Sports Association of Ghana (WOSPAG) and Women In Sports Association (WISA) have called on Ghanaians especially women to rally behind the national football team, the Black Stars and support them to qualify to the next stages of the African Nations Cup going on in Egypt.

Mrs Joyce Mahama, president of WOGPAG said the Black Stars have quality players who can reach the final and win the trophy.

She said Ghana is capable because they have done in before and can do it again. She noted that history is behind the Black Stars, so they should believe in themselves and go all out to win.

She advised Ghanaians to be positive, united behind the national flag and cheer the players to victory.

Madam Gloria Commodore. The executive director of WISA said the Black Stars are known to be slow starters in such competitions, so she is never worried at all.

“I know we can do it, we have the men who are the superstars on Africa and they will win for us. We have to be united like how we have united now as women and pray for the team. We have only one Black Stars of Ghana, so let’s support the team and victory will be ours” she expressed.

WOSPAG which is recognized by the Ghana Olympic Committee (GOC) as the body that oversees the organization of women sporting activities and WISA, an NGO also committed to the development and promotion of sports among girls and women came together over the weekend to rally support for the Black Stars in a musical video being shot by Aseda Jireh, a female musician, journalist and athlete.

Aseda who is a member of the Ultimate Sports Media Team, as well as the Ghana Directorate of African Sports Media Network, said she was inspired by many things to come up with the song – ‘Oseiyeaa Africa’ which should motivate Ghanaians to believe that the African Nations Cup is coming to the homeland again.

She urged the government of Ghana and the Ministry of Youth & Sports to support creative people who want the betterment of the nation.

Meanwhile, the Achievers Sports Fan Club led by Abigail Twumasiwaa Okanta who contributed in the production of the video clip has also hailed the Black Stars for not conceding defeat at the Afcon. She said if the coach selects the right players the goals will come.

She begged the coach to parade the best players for Ghana to win and move on.