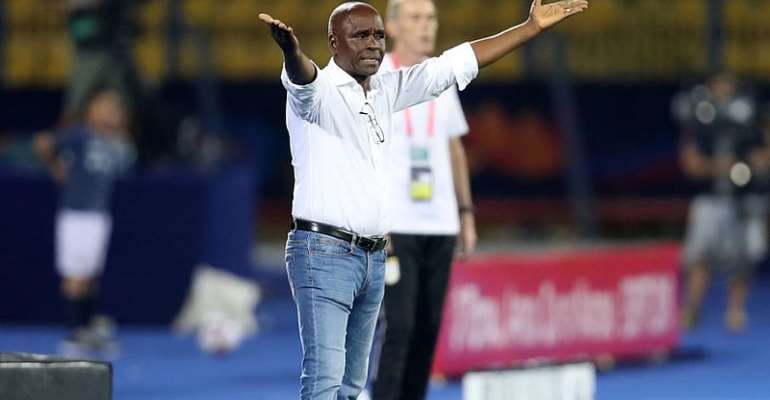 Guinea-Bissau will face off with Ghana in their final 2019 Africa Cup of Nations (Afcon) Group F match at the Suez Stadium in Egypt on Tuesday.

The African Wild Dogs boosted their hopes of advancing to the Round of 16 by holding Benin to a 0-0 stalemate in their second group match on Saturday.

The draw saw Guinea-Bissau remain fourth on the group standings with one point and they could go through as one of the four best third-placed teams if they secure a big win over Ghana.

Guinea-Bissau coach Baciro Cande is hopeful that the West African side can stun the Black Stars and advance to the knockout phase for the first time in history.

"It is very difficult for us to qualify but in football everything is possible and our target is to get to the round of 16," Cande said.

"We know Ghana are very powerful, very strong but we will play our normal game, with no pressure."

Saudi Arabia-based forward Piqueti Djassi Silva, who walked away with the Man of the Match award after the clash against Benin, will be looking to inspire Guinea Bissau to victory over the Black Stars.

Meanwhile, Ghana's hopes of progressing to the Round of 16 are still alive despite recording their second successive Group F draw when they drew 0-0 with Cameroon on Saturday.

The draw left the Black Stars placed second on the group standings with two points and a victory over Guinea-Bissau will see them secure their place in the knockout phase.

Ghana midfielder Thomas Partey is hoping for an improved performance against the African Wild Dogs as the four-time Afcon champions look to finish their group stage campaign with a win.

"We are a team and we play as a team. Things didn't go well for me personally (against Cameroon)," Partey said.

"I tried to help with whatever I can and I’m happy with the performance of the team. Now we have to focus on our next game."

Swansea City midfielder-cum-striker Andre Ayew, who is the Ghana captain, will be keen to lead his nation to victory over the African Wild Dogs.

This will be the first-ever meeting between Guinea-Bissau and Ghana.