Rabiot Arrives In Turin Ahead Of Juventus Move 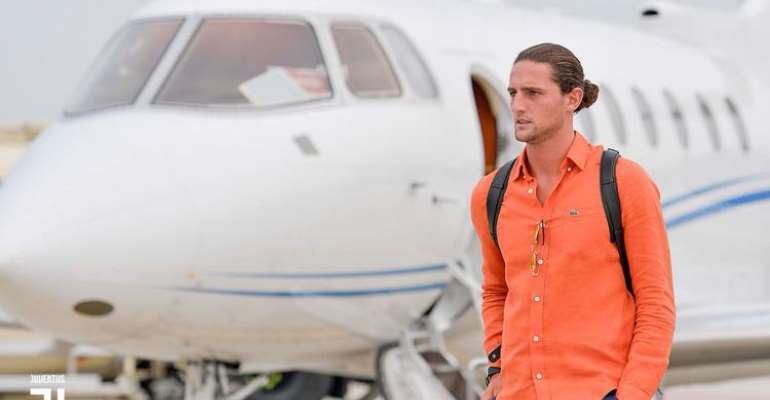 Paris Saint-Germain midfielder Adrien Rabiot arrived in Turin on Sunday ahead of his move to Juventus, the Italian champions have confirmed.

"Adrien Rabiot has arrived in Turin ahead of a proposed move to Juventus," the Serie A club posted on Twitter along with a video and photos of the French player arriving at the northern Italian city's airport by private jet.

The 24-year-old is reported to have agreed a four-year deal worth seven million a year plus another €10-million bonus on signing.

Rabiot has fallen out of favour with the French champions since December as he refused to renew his contract which expired on Sunday.

From Monday he will be free to choose the club he wants to play for, with reports he will undergo a medical with Juventus immediately.

Rabiot was also suspended by PSG last March after partying in a nightclub hours after PSG's Champions League exit to Manchester United.

In Turin, he will play alongside five-time Ballon d'Or winner Cristiano Ronaldo in a Juventus side now coached by former Chelsea boss Maurizio Sarri.

Rabiot has played his entire senior career with PSG since 2012 apart from a brief loan spell with Toulouse and has won five Ligue 1 titles and four French Cup trophies with the capital side.