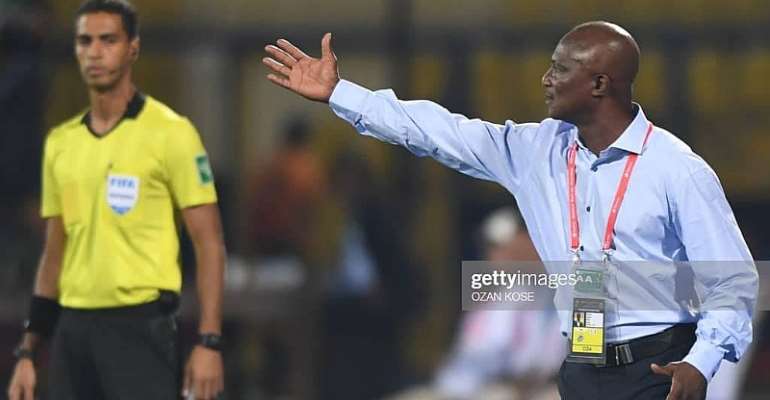 Coach Kwesi Appiah was spotted in an oversize long sleeve on the touchline during the match at the Ismailia Stadium on Tuesday night.

Many football enthusiasts in the country were shocked to see the former Al Khartoum manager in such an outfit.

But the former Hearts of Oak winger who is a regular pundit on SuperSports in the ongoing Africa Cup of Nations in Egypt claims Kwesi Appiah's outfit had an impact on the game.

"I am very disappointed in the outfit of the coach [Kwesi Appiah]," he jokingly said on SuperSports.

"I think he could have put on something more better because, for me, his dressing had an impact on the game," he added.

The Black Stars of Ghana were held to a 2:2 draw against the Squirrels of Benin in their opening match.

Ghana will take on Benin on Saturday, June 29 at the Ismailia Stadium.

Kwesi Appiah and his boys already find themselves two points off the pace of Group F leaders Cameroon, who beat Guinea-Bissau earlier in the evening.