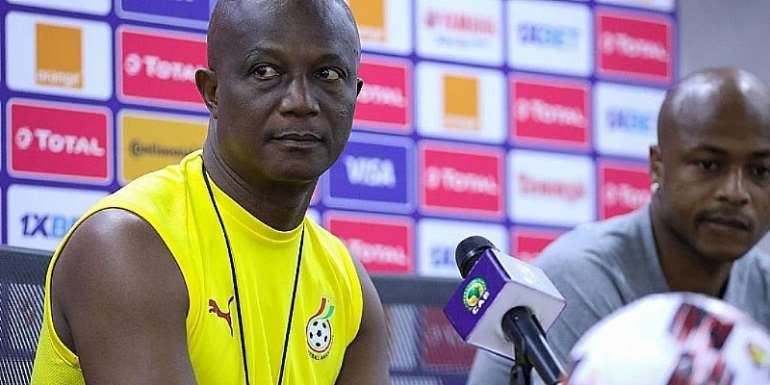 Head Coach for the Black Stars of Ghana, James Kwesi Appiah has expressed confidence in the potency of his Black Stars team ahead of their Africa Cup of Nations (AFCON) opening match against the Squirrels of Benin later today.

Ghana is set to play their first match of the ongoing AFCON this evening as they kick start another campaign towards winning the prestigious tournament which has eluded them for the past 37 years.

Having had a fruitful pre-tournament camping in Dubai, the team is hours away from having their strength tested when they face Benin in a Group F encounter.

Speaking in a pre-match conference yesterday, Head Coach for the Black Stars, James Kwesi Appiah has indicated that he has full confidence in all players at camp and he is optimistic they will surprise everyone when they step unto the pitch to face Benin.

“It doesn’t matter who plays. All of them I have confidence. Their willingness to kill themselves for the nation is really high. Am now very confident in the team. To be frank, I have total believe in the team and am sure we will go out there and surprise everyone”, the gaffer noted.

The crucial match will be played at the Ismaily Stadium at 20:00GMT.

Meanwhile, the other group game will see defending champions Cameroon coming up against Guinea Bissau at 17:00GMT.