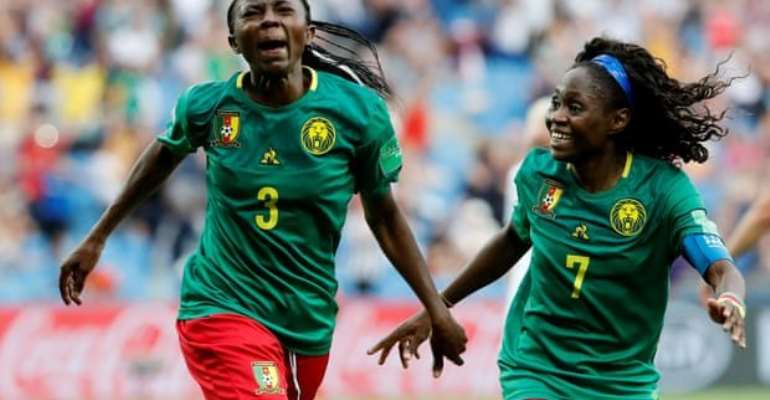 Ajara Nchout scored two brilliant goals, including an injury-time winner, as Cameroon dramatically beat New Zealand 2-1 to reach the last 16 of the World Cup as a best third-placed team.

Nchout turned inside Ria Percival in the 95th minute and superbly curled in the winner to put Cameroon through.

They were heading out after Aurelle Awona sliced a volley into her own net with 10 minutes remaining for 1-1.

Nchout had put her side ahead in the second half with a lovely, dinked goal.

Although Cameroon finished on three points, the same as Nigeria from Group A, they went through courtesy of having scored just a single goal more (3) than their African counterparts.

The Netherlands finished top of Group E with a 100% record after a 2-1 victory over Canada, who finish in second place.