AFCON 2019: ‘Side Chicks’ Must Be Allowed To Be In Black Stars’ Camp, Says Female Ghanaian Musician 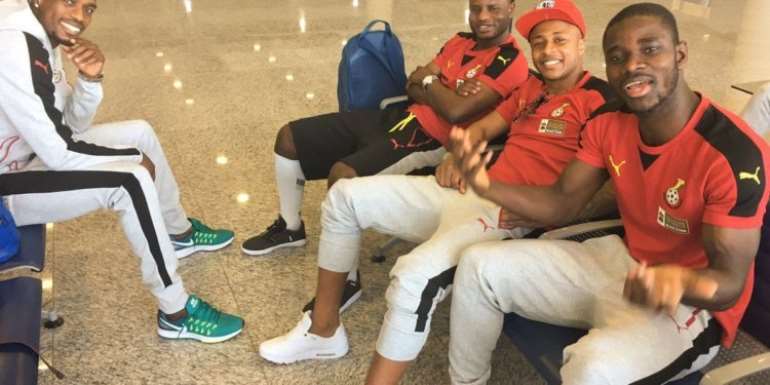 Controversial Ghanaian female songstress, Belinda Nana Ekua Amoah, popularly known as Mzbel, has insisted that Black Stars players, who are not yet married, must be allowed to go to Egypt with their girlfriends (side chicks) for the 2019 Africa Cup of Nations (AFCON).

According to her, the ‘side chicks’ are those that could give the players morale, therefore, wives of the players should stay behind and support the players with prayers.

Speaking on Asempa FM, the ‘16 years’ hit-maker explained that unlike ‘side chicks’, wives may cause many problems when allowed to be in camp and this might destruct the players.

“Those [players] who are not married yet should be allowed to be in the camp with their girlfriends. Those that are already married should let their wives stay at home because girlfriends give more morale,” she said.

“When the wives are allowed to be with them, there may be instances where jealousy will set in when they see their husbands [players] mingling with other ladies. Their wives might fight with them if they see them talking or looking at other ladies.

“The wives shouldn’t be allowed to go, they should be left behind to keep the house,” she added.

The AFCON starts on June 21, 2019, in Egypt.
The Black Stars are housed in Group F alongside defending champions, Cameroon, Guinea Bissau and Benin.

The team plays its first group game against Benin on 25th June in Ismaily.