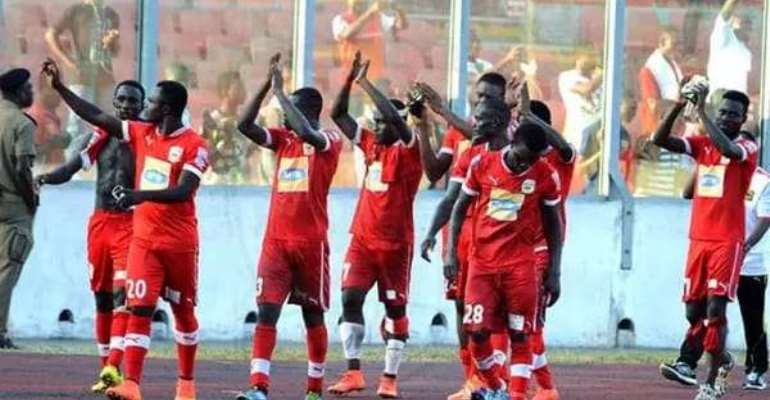 Kumasi Asante Kotoko on Sunday afternoon defeated Accra Hearts of oak on penalties to advance to the grand finale of the tier 1 of the Ghana Football Association (GFA) Normalization Committee (NC) Special Competition.

The two most glamorous clubs in the country locked horn at the Accra Sports Stadium earlier in the afternoon in search of an important win to book a place in the final of a competition which has been exciting since it started a couple of months ago.

Just 5 minutes into the first half, in-form Abdul Fatawu Safiu scored to give the Porcupine Warriors. That early lead set up the game nicely for what went on to be an entertaining first 45 minutes.

The home side having pushed for an equalizer to restore parity after going behind had to wait until the 90th minute before getting back into the game. Dead ball expert Christopher Bonney stepped up and converted a penalty kick after a Kotoko defender handled with his hand in the 18-yard box.

The goal changed the dynamics of the match and the two teams had to be separated through the shootout. Eventually, the Kumasi based side triumphed over their longtime rivals 5-4 to send them into the finals.

They have now booked a date with Karela United who also beat Ashanti Gold in the other semi-final tie.

The two will meet in the final on June 30, 2019. The winner of that fixture will have the opportunity to represent Ghana in the next edition of the CAF Champions League.

We'll not accept the 4% salary increment — Coalition agains...
4 minutes ago