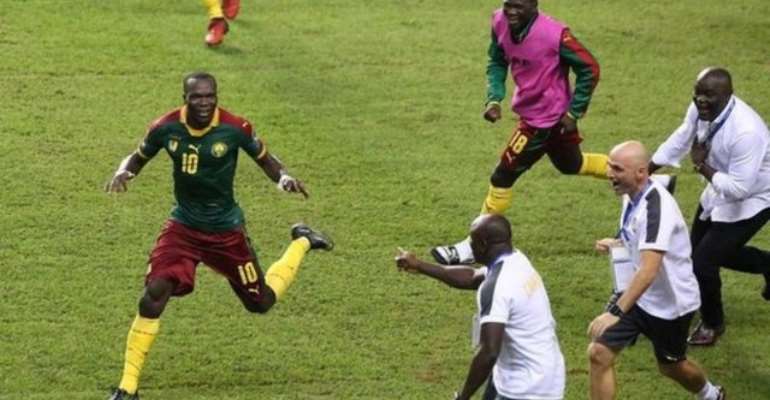 Vincent Aboubakar, who scored the winner in the 2017 Africa Cup of Nations final, has been left out of the Cameroon squad for this year's tournament in Egypt.

But veteran keeper Idriss Carlos Kameni has been included, taking him to his 6th continental showpiece.

Aboubakar has been part of the provisional team despite only returning to training in May after a lengthy spell on the sidelines following a knee injury in September last year.

The 27-year-old starred in the final of the 2017 Africa cup of nations, netting Cameroon's second goal to seal a 2-1 win over Egypt and a fifth continental title for the Indomitable Lions.

But Cameroon's coach Clarence Seedorf had expressed concerns over the attacker's fitness and has decided not to include him in his final 23.

Young Boys duo Jean Pierre Nsame and Moumi Ngamaleu have also been dropped, along with 17-year-old teenage prodigy Steve Mvoue and a number of other junior players.

Eleven players in Seedorf's squad will be making their debuts at the Nations Cup, including Ajax keeper Andre Onana and Fulham midfielder Andre-Frank Zambo Anguissa.

There are 10 players who featured in Gabon two years ago - including in-form Villareal striker Karl Toko Ekambi, Michael Ngadeu and Ambroise Oyongo Bitolo.

But nobody has more experience than Kameni, the 35-year-old shot-stopper from Fenerbahce, who has the chance to feature in his sixth continental tournament - adding after playing in the 2002, 2004, 2006, 2008 and 2010 editions.

The defending African champions are currently in Doha, Qatar for the second phase of their preparation with a pre-tournament friendly against Mali billed for 14 June.

The Indomitable Lions are in Group F of the 2019 Nations Cup and first play Guinea Bissau on 25 June in Ismailia before facing Ghana four days later and end on 2 July against Benin.