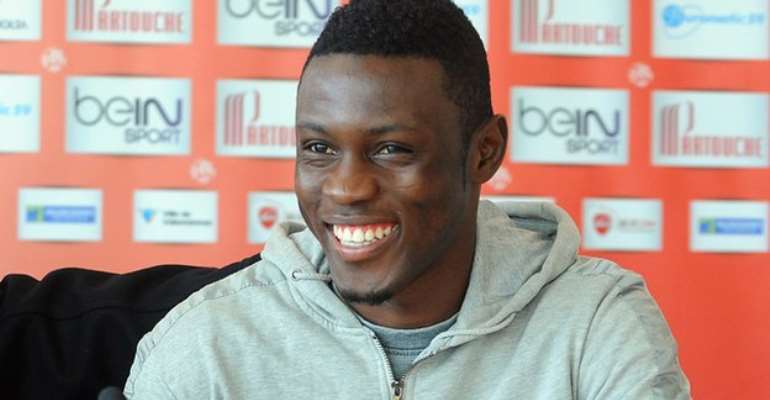 Yussif Alhassan Chibsah, the representative of Majeed Waris, has clarified why the striker failed to show up at a meeting after he was dropped from Ghana's final squad for the upcoming Africa Cup of Nations finals in Egypt.

The FC Porto man was part of the 28-man squad who travelled to the United Arab Emirates to camp.

However, the 28-year-old was dropped by Kwesi Appiah after his final 23 man squad for the tournament was announced on Monday evening.

Reports emerged that Waris locked himself in a room upon learning of his exclusion and failed to turn up for a final team meeting to finalise the tournament-bound selection.

"It was always not going to be easy to be left out of the final squad for the Afcon but the coach and his technical team has the final authority over the team," Chibsah, a former Ghana international, told Ashh FM.

"Majeed Waris was disappointed for his exclusion when he saw the news circulating on social media before he was informed officially.

"He locked himself up in his room because he was in a bad mood after seeing it on social media, so that was why he refused to open the door when someone knocked.

"Ideally, it is the technical team that informs players of their exclusion from the team but it will depend on the channel of communication in the team."

The 2019 disappointment is the third setback to Waris' hopes of playing at the Africa Cup of Nations, after his first tournament appearance for Ghana at the 2014 Fifa World Cup in Brazil.

At the peak of his international career, he was forced to miss the 2015 Afcon in Equatorial Guinea due to injury and got snubbed by then Ghana coach Avram Grant for the 2017 championship in Gabon.

Ghana have been pitted against Cameroon, Benin and Guinea-Bissau in Group F of the upcoming Afcon finals.

The tournament will start from June 21 to July 19.