Thiem stands in the way of Nadal's dirty dozen 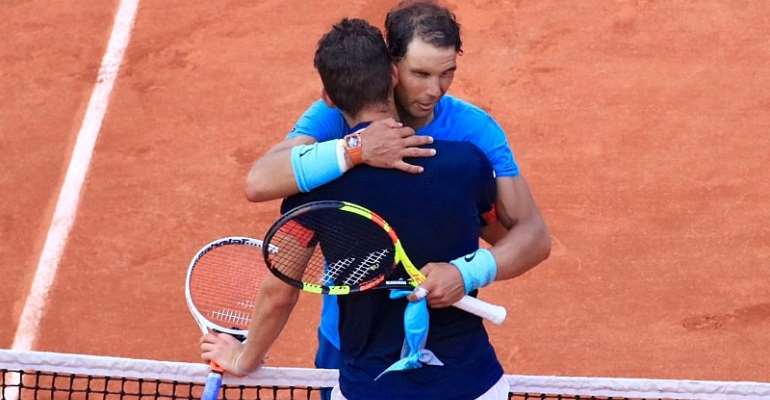 Rafael Nadal played Roger Federer in successive French Open finals between 2006 and 2008 and the great Swiss never found a way to beat the Spaniard who notched up his second, third and fourth titles. On Sunday, Dominic Thiem faces Nadal in a second consecutive final. Only he can stop Nadal's dozen in the dirt.

Thiem went into the 2018 final on the back of a quarter-final victory over Nadal at the Madrid Masters. A year later, Thiem will enter the Court Philippe Chatrier with the sheen of a straight sets win in the semi-final at the Barcelona Open in April.

“I had some very good matches in the past against Rafa on clay and I also beat him on clay already,” said Thiem on the eve of the 2019 final. “I think it's really important that I go into the match with the belief to win. That's the most important thing.”

Federer, who was carved up in straight sets in the semi-final on Friday to suffer his sixth straight loss to Nadal at the French Open; had also asserted such values.

Record
But in all honesty, what else is there to do? Nadal, a decade after those annihilations of Federer, is into his 12th final.

He has won the other 11 and has never been taken to five sets in any of them. As the legendary British sports commentator David Coleman would have said: “Remarkable.”

Coleman was also famed for his quirky phrasing during his adrenalin boosted live accounts of great battles on athletics tracks or football fields. He'd probably have a plethora of superlatives for Nadal.

Compliment
After his latest deconstruction, Federer ceded: “He makes you feel uncomfortable the way he defends the court and plays on clay. There is nobody who even plays remotely close to him.

“It's just amazing how he plays from deep and then is able to bounce back and forth from the baseline. It's just quite interesting.”

The Nadal/Federer skirmishes will define tennis for a couple of generations no matter how much Novak Djokovic boasts that he's played Nadal more times than Federer. What would cause a tectonic shift would be a Thiem triumph to prevent Nadal from his "dirty dozen".

“Being in final of Roland Garros again means a lot,” said Nadal. “Being able to recover the level that I had the last couple of weeks is something that I am very proud of.

“I am just focused on keep going and keep doing my thing well."

Bibiani: Boy Who Defiled 4-Year-Old Girl And Used Knife To O...
7 hours ago