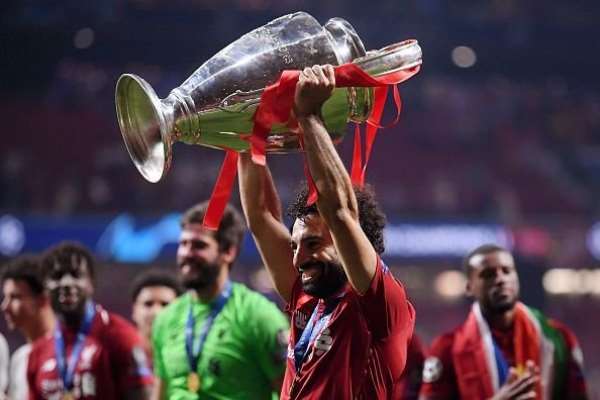 Jose Mourinho believes Mohamed Salah has the quality to challenge for the Ballon d’Or but thinks the Liverpool star needs to win the Africa Cup of Nations to help his cause.

Salah has been an important part of Jurgen Klopp’s team over the last two seasons, taking home the Premier League Golden Boot twice while winning the EPL Player of the Year award in 2017-18.

His penalty and a late strike from substitute Divock Origi earned the Reds their sixth Champions League triumph against Tottenham Hotspur in Madrid.

However, he has yet to crack the mix for the Ballon d’Or, an award won by either Cristiano Ronaldo or Lionel Messi every season since 2008 until Lukas Modric ended the run in 2018.

Mourinho believes the two-time African Player of the Year has the talent of those two giants of the game but thinks he must win the 2019 Afcon to be considered as for the individual gong.

“Salah has to win the African Cup of Nations if he wants to compete for the Ballon d’Or,” told beIN Sports.

“The tournament is taking place in Egypt, which makes it a demand that has to be achieved.”

After a failed mission at the 2018 Fifa World Cup Russia, the Pharaohs would be gunning for their eighth continental crown when they host the rest of Africa.

Javier Aguirre’s side have been zoned in Group A alongside Zimbabwe, DR Congo and Uganda. They begin their campaign against the Warriors in Cairo on June 21.

We'll not accept the 4% salary increment — Coalition agains...
14 minutes ago