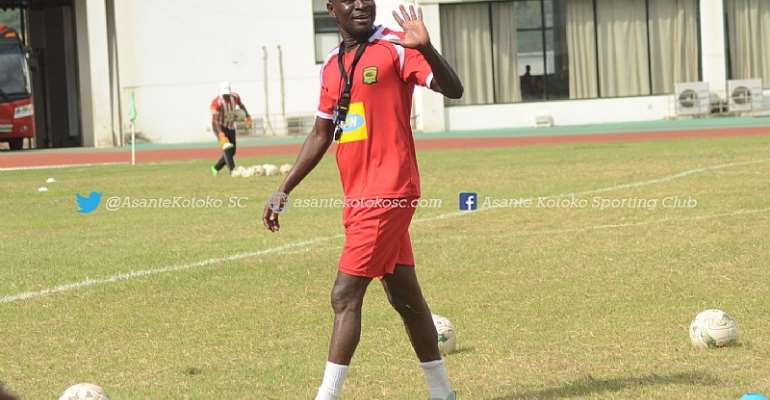 Asante Kotoko gaffer, CK Akunnor has reiterated that the quality of football being played in Ghana is deteriorating by the day.

According to the former Black Stars skipper, all efforts to get football, the passion of the nation, to an acceptable standard continues to be challenging every step of the way, resulting in the quality of play getting poorer.

Akunnor further noted that there is a lot of struggle in trying to develop young talents to feed various teams.

“Coaches are struggling because we don’t have a youth system at all. The game is getting poorer,” he told Accra based 3FM.

According to former Ashgold and Dreams FC gaffer, this affects the quality of players that are being scouted for the local football league.

Football fans seem to be more enthusiastic about the English Premier League and other European leagues than the local leagues, to the extent that some fans have formed fun clubs for the foreign teams they support.

CK Akunnor noted that there is not much effort put into Ghana’s football league in terms of ensuring quality in the league as well as properly branding the local league.

“We admire the English Premiership a lot but the effort to get our local league to that level has always been a problem,” he noted.

Mr Akunnor also said patronage for the ongoing Normalization Committee Special Competition and other local matches continues to be low, and games are being marred with violence coupled with some financial challenges in planning games.

Reopening Of Schools: Not Testing Students, Staff Dangerous,...
54 minutes ago