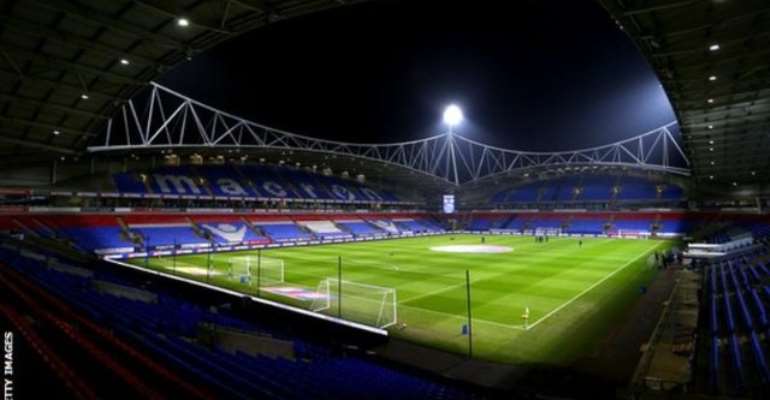 Bolton Wanderers players are refusing to step on the training field for 48hours after staff were not paid their salaries on time for the second month in a row.

BBC Radio Manchester reports that the players, who have not been paid either, are taking action on behalf of staff.

February wages were paid late following uncertainty over a takeover of the struggling Championship club.

Staff were told a new owner would ensure salaries were paid on Friday should a takeover have gone through.

On Wednesday, Chairman Ken Anderson said the club could be sold "within 48 hours", however a deal is still yet to be done.

Former Watford owner Laurence Bassini had been in talks with Anderson over a potential takeover of Wanderers.

Bolton are due to appear in the High Court on Wednesday over a £1.2m unpaid tax bill and other debts.

The club were given two weeks by the court on 20 March to settle their debts or risk going into administration.

Saturday's 2-1 win against QPR put Bolton to within five points of safety in 23rd place in the Championship, with seven games of the season remaining.