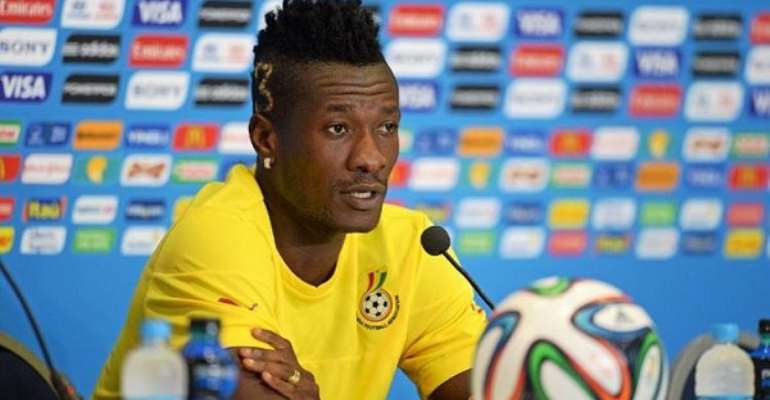 Captain for Black Stars Asamoah Gyan has stated that he is impressed with the performance of the side that beat the Walias of Ethiopia by two goals to nothing.

The Kayerispo forward, in a post-match interview, says he was particularly impressed with the fighting spirit of the players despite playing in harsh weather conditions.

“The fighting spirit among the players is very tough. There was a time we were struggling but they kept fighting and defending and you could see they are really a team”, skipper Asamoah Gyan shared.

The win puts Ghana in pole position to qualify for next year’s Africa Cup of Nations (AFCON) which will be staged in Cameroon. Ghana has six points from three matches with two outstanding matches pending a decision from CAF.

Gyan has called on the entire populace to remember the team in prayers to ensure when they go to Cameroon next year they will be able to perform well and win the trophy for the country.

“Now that we have qualified let’s wait on God and see because what I saw today I was very impressed and it has motivated us.

"Ghanaians should pray for us so that everything goes on well because what I saw today it shows we want a cup”, he said.

The Black Stars will play Kenya in Ghana in the next round of qualifying matches.

A win will definitely cement qualification even without the points from the two matches with Sierra Leone that was called off.