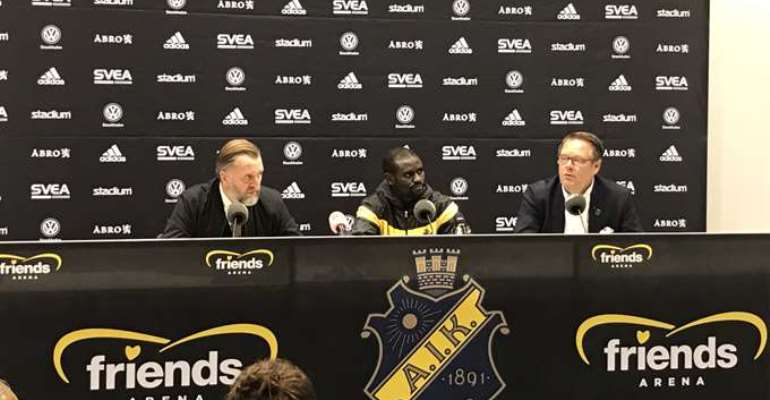 Former Ghana youth midfielder Enoch Adu Kofi has set his sights on a move away from AIK Stockholm after helping the side clinch the 2017/18 Swedish Allsvenskan.

Kofi, 28, joined the Yellow and Black lads on a three-year deal after terminating his contract with Turkish SupaLiga side Akhisar Genclik Spor.

The former Malmo FF midfielder quickly established himself in the team with superlative performances as they won the league title.

However, Kofi is looking to depart the Friends Arena outfit after expressing his readiness to join with any club that may express interest for his services in January.

'I have won three league trophies in Sweden - two with Malmo FF - one with AIK,' the ex-Black Starlets enforcer to Kumasi-based Metro FM.

'The journey wasn't an easy one but with God's protection and hard work we were able to win the league.

'The season is over in Sweden so I'll be coming to Ghana very soon to rest.'

'I have two more seasons at AIK so I'm focused on how to help the team but if offers come I'll consider them and see how l may go about it together with my representative.'