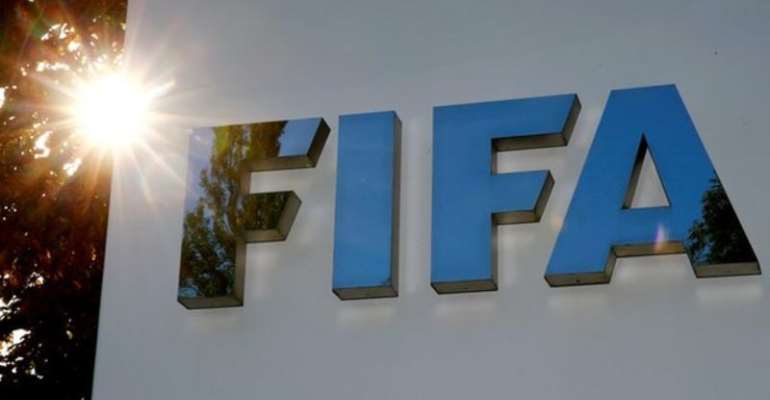 Under-siege leadership of the Sierra Leone Football Association (SLFA) has agreed to write to FIFA to temporarily lift the ban on the country to enable them play Ghana on Saturday in their 2019 Africa Cup of Nations qualifier.

The move is meant to allow the feuding parties the time to reach an amicable solution to the crisis bedevilling football without losing the points against Ghana as a result of the ban.

Fifa suspended Sierra Leone from international football last week because of government interference in the running of the country's football association.

If the ban is not lifted before 11 October, Sierra Leone's 2019 Africa Cup of Nations qualifier in Ghana will be cancelled. The return fixture is scheduled for 15 October.

In a bid to avoid forfeiting the Ghana game, Chief Minister Prof David Francis called a meeting on Monday with all the feuding parties and agreed that

Sports minister Ibrahim Nyelenkeh and the ACC had threatened to defy FIFA and forfeit the match against Ghana, damning the consequences.

However, following the intervention of the Chief Minister, the parties agreed for the FIFA-recognised Johansen administration to write to the Swiss-based body to appeal for the ban to be lifted.

They also agreed for a delegation including all parties to be sent to be sent to Zurich as soon as possible to seek an amicable solution for the an to be permanently lifted. 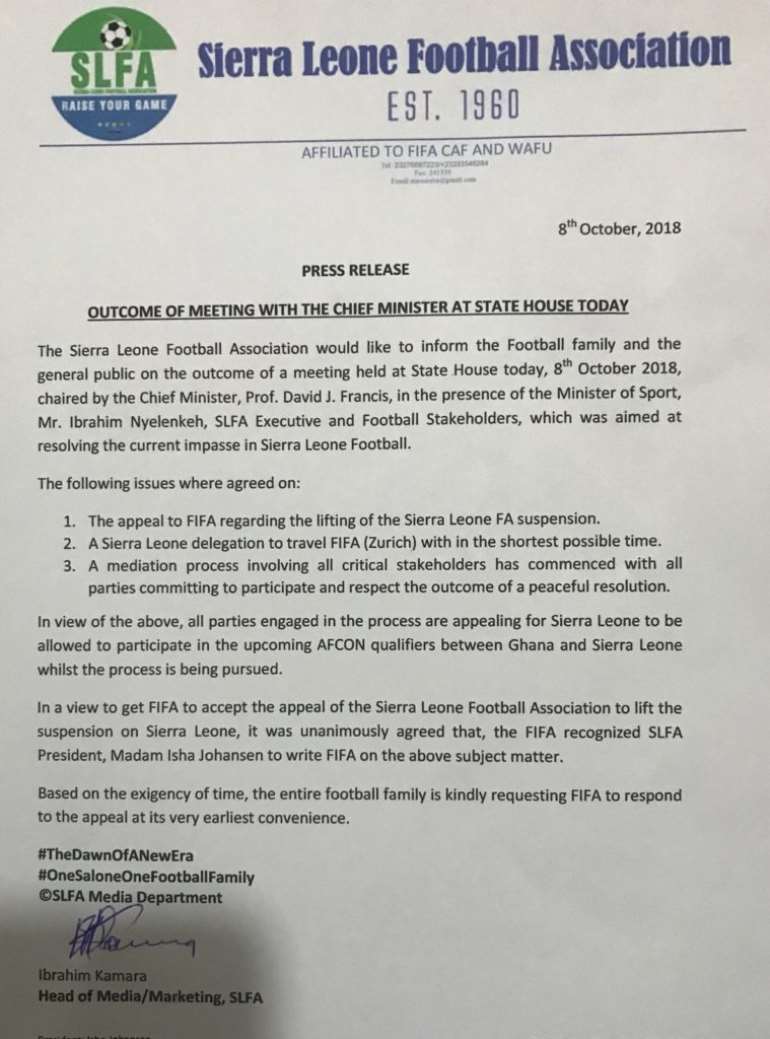