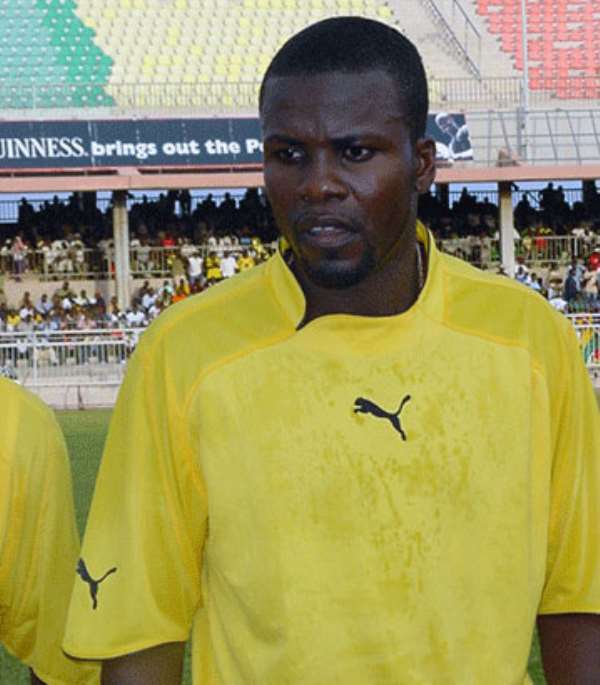 The manager of Ghana Black Stars Ratomir Dujkovic is closely monitoring the exploits of Ghanaian international Samuel Osei Kuffour and may soon recall him into the team for Germany 2006.

Speaking exclusively to Space Fm Supersports Drive from his native country Serbia and Montenegro where he is currently on holidays, Dujkovic stated that even though he is in principle against total revolution of the team, few new faces would be seen including Kuffour.

The Serbian however did not state whether Kuffour has been pardoned or would still require an apology from the AS Roma star.

Kuffour has been in and out of the national team on several occasions following series of rows with the Football Federation. The latest was sparked by Sammy's purported statements on BBC branding the coach and the FA officials as liars concerning his fitness in the build up to Ghana-Democratic Republic of Congo world cup qualifier.

“I'll prefer using the same squad for the Cup of Nations with may be, a few inclusions depending on the performance of the players but for the world Cup I cannot tell who will make it since Germany 2006 is far away”.

When the host of the programme Kwabena Kyere Stugard probed further to find out who are likely to gain admission into the team, he mentioned Samuel Osei Kuffour, Shamo Abbey, Alex Techie-Mensah, Charles Taylor, Luis Agyeman, Anthony Obodai, Alex Tetteh, Eric Addo, Samuel Yeboah and Razak Pimpong as the players he has penciled down for close monitoring.

Doya, as he is affectionately called is unamused about the anticipated stiff opposition from Senegal, Nigeria and Zimbabwe in the Egypt 2006 Cup on Nations. “Ghana finds itself in the toughest group but I'll not be afraid of any of them provided all my foreign based players would be available for the tournament”, he stated confidently.

The Stars manager would not want to promise any trophy from Egypt. “No, I can't promise anything now but we'll play with winning mentality and it'll be great if we win the cup. I remember when I arrived in Ghana, nobody mentioned Nations Cup, the talk was about World Cup and now Ghanaians are talking about trophy from Egypt”, he said jokingly.