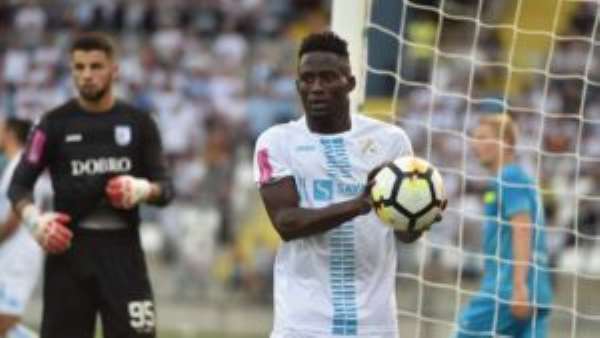 Ghanaian forward Maxwell Acosty was on target for HNK Rijeka in their 4-0 win over Inter Zapresic in the Croatian top flight league on Friday.

Acosty opened the scoring for the hosts with a brilliant strike on the 4th minute of the game.

A brace from Alexander Gorgon and a 77th-minute goal from Araujo Heber completed their heavy home victory.

He enjoyed the entire duration of the match.
Acosty joined the Croatian club from Italian side Croatian on a permanent deal this summer after a successful loan spell.