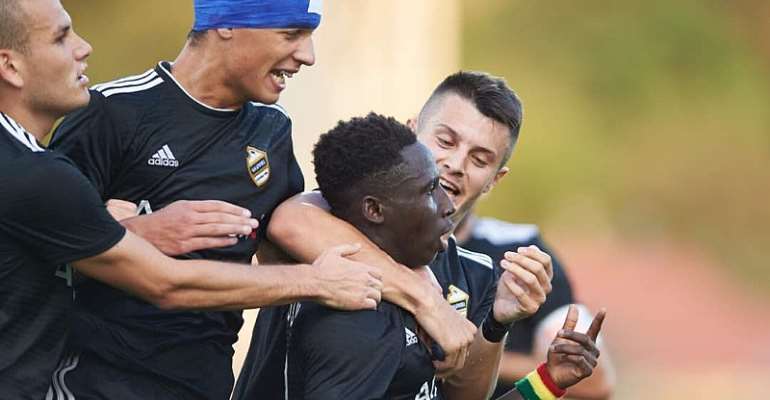 Highly-talented Ghanaian striker Samuel Owusu grabbed the headlines with a fine strike for FK Cukaricki at Rad Beograd in the Serbian Super Liga on Saturday.

It is the second goal for the 21-year old in the league after he scored in his side's 1-1 stalemate against Zumen in the season's opener last week.

The hugely talented Ghanaian is coming off the blocks quickly in just his second season with the club.

The 22-year-old opened the scoring in the 35 minute after being the tormentor in the defence of Rad.

The former Vision FC player was very impressive in the first half creating several chances before getting the opener.

His influence in the game was evident in the second half as Luka Stajonovic made it two in the 73rd minute.

ÄŒukariÄki made it three after Marko Docic got the icing on the cake with a belter, six minutes to end the game.

Samuel Owusu and his ÄŒukariÄki lead the Serbian Super Liga after two games.