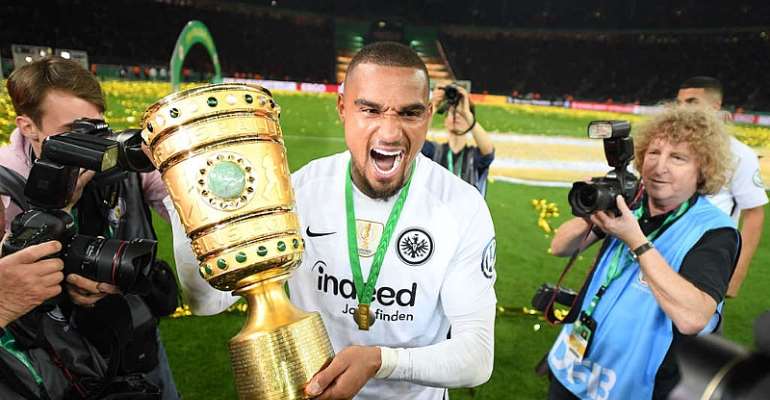 The 31-year-old has joined Italian side Sassuolo on a three-year deal after helping Frankfurt to clinch the German Cup last season.

However, shocking reports have emerged on Wednesday that the Ghanaian could return to the German side - in a future, it has been suggested.

Fans of the German side have been left disappointed after the former AC Milan left after helping them to qualify to the Europa League next season.

He played an influential role as they beat Bayern Munich 3-1 to clinch the trophy and ticket to Europe's inter-club competition.

Already 120,00 tickets for the three home games in Europe in the group stage have been sold even though the fans do not yet know who the opponents will be for Eintracht.

The groups will be drawn on 31 August in Monaco.

Covid-19: US places Ghana as a high risk country to travel t...
44 minutes ago