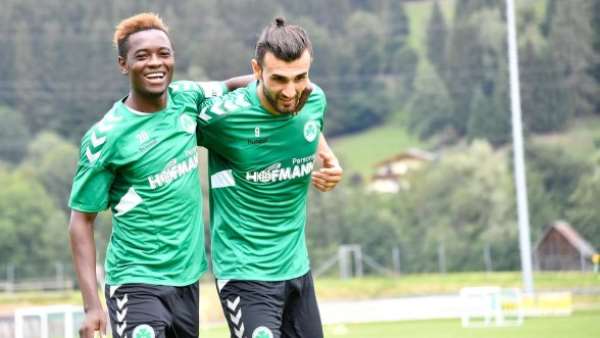 Ghanaian midfielder David Atanga says it has always been his desire to play in Europe after moving to Greuther Fürth.

Speaking to the Club's official mouthpiece, the 21-year-old reiterated that it is his dream to ply his trade in Europe ever since he started playing football.

"It has always been my dream to play in Europe at a club," he said.

"I can stay with Salzburg, RB has a good plan for me. I am very relaxed with good tension."

The former WAFA midfielder expounded on his spirited mooted in camp, 'At home, dancing is what everyone does, including the national team before every game: we play and dance."

He touched on how training with former trainer at Heidenheim Frank Schmidt compared to his namesake Roger Schmidt whom he worked under during his first season at Red Bulls Salzburg.