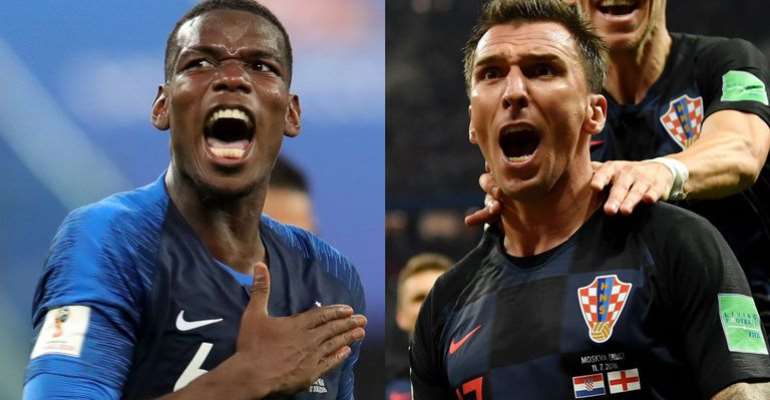 France and Croatia will battle it out for World Cup glory when they meet in the final on Sunday in Moscow (4pm BST).

Didier Deschamps could write his name into the history books by becoming only the third man to win the World Cup as both a player and a coach after Brazil's Mario Zagallo and Germany's Franz Beckenbauer.

He captained France to their only World Cup victory to date in 1998, and it will be Les Bleus' third appearance at a World Cup final after their loss to Italy in 2006.

Deschamps also had the disappointment of seeing his side lose on home turf in the final of the European Championships in 2016.

The 49-year-old said: "It is a pleasure and a privilege to be here and I will tell my players there is nothing more beautiful for a player than the World Cup final. But I will say three important things: stay calm, have confidence and concentrate."

On the challenge Croatia's midfielders Luka Modric and Ivan Rakitic will pose France at the Luzhniki Stadium, Deschamps said: "Yes, it's true Croatia has players with strong club experiences and who have reached a level of maturity on the pitch together, but we have met teams with more experience than us all through the tournament."

France have beaten Argentina, Uruguay and Belgium to reach the final while Croatia have knocked out Denmark, Russia and England, with all three games going to extra-time.

This will be Croatia's first appearance in a World Cup final and they could become the eighth different country to win the competition.

Coach Zlatko Dalic says his players should be proud of their achievements.

"It is the World Cup final. The players know what that means. One thing that makes me happy is that all my players tell me whether they are not 100 per cent," he said. "If they will be unable to give their all during the match I expect them to tell us."

"Win or lose tomorrow there will be a seismic event (in Croatia). This gives us strength and motivation. There can be no better moment for a player or a coach than tomorrow. Whatever happens, we will be happy and proud because we deserved it."

Dalic said on Saturday: "We have some minor injuries but I hope we will overcome those today and all my players will be ready to play.

"We created such a group where they will concede and will say 'I have to miss the final'. If they are not ready we have great players on the bench who are rearing to go."

Two of France and Croatia's five meetings have been at major tournaments. France won 2-1 against Croatia in the semi-final of the 1998 World Cup - Deschamps playing the full match - while their meeting at Euro 2004 ended in a 2-2 draw in the group stage.

The last three World Cup finals have all gone to extra-time. However, historically, only two of the showpiece games have ever been decided on penalties (1994, 2006).

France have trailed for just nine minutes and 12 seconds at the 2018 World Cup, while Croatia have been behind in all three of their knockout matches.

Antoine Griezmann has scored or assisted 11 goals in nine knockout games at major tournaments (World Cup + Euro), more than any other player for France over the last 50 years ahead of Zinedine Zidane (8) and Michel Platini (6).

France's Kylian Mbappe will be looking to become only the second teenager to score in a World Cup final after Pele, in 1958. Mbappe (3 goals) is already the highest scoring teenager in a World Cup tournament since Pele (6 in 1958).