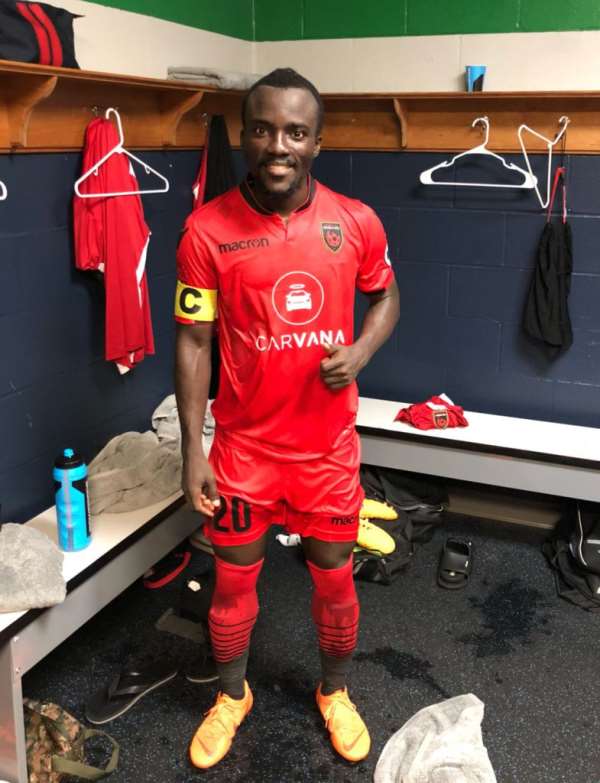 Ghana winger Solomon Asante has been nominated for the Most Valuable Player Awards of the first half of the United Soccer League following his terrific performance for Phoenix Rising.

The diminutive windeman joined the Arizona-based outfit prior to the campaign as a free agent after leaving Congolese giants Tout Puissant Mazembe.

He has swiftly endeared himself with the side's faithful after notching six goals and the same number of assists to help the club move to 2nd on the Western Conference of the USL standings.

Following his devastating for the Didier Drogba-owned outfit, Asante has been nominated as one of five players for the coveted gong.

Asante is been joined by Thomas Enevoldson, Emmanuel Ledesma, Khalton Belmar and Neco Brett for the Most Valuable player of the year.