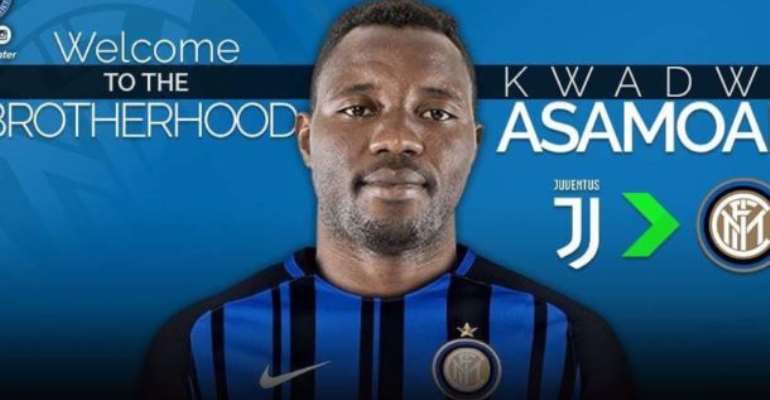 Ghana midfielder, Kwadwo Asamoah has pledged that he will do his best to help his Inter Milan to win the UEFA Champions League next season.

The versatile midfielder completed a move to the Nerazzurri on a free transfer last week after ending his six-year spell at Serie A rivals Juventus.

The 29-year-old signed a three-year deal with side and has been presented at the Suning Training Centre on Tuesday.

"The Champions League is a competition where the best European teams go head-to-head and we want to do well. We have to work hard and progress as far as possible. In terms of facing my former teammates? I’m not thinking about that. I’m here to work hard and help my team. I’m not thinking about other players or other teams. You can’t focus on just one team, you have to focus on all of them to have a good league campaign.”

"The project with this team convinced me that they want to improve on their achievements in recent years. I have played on the left-hand-side a lot, and as a centre-mid too at Udinese. Ultimately, the boss will decide. I’m ready to give my all in order to perform well.”

"I’ve met the staff and the Inter employees. I’m confident we can do well. I feel good from a physical point of view. I trained every day during last season and I’ve never had problems. I’m aware of the rivalry between those teams, I chose this club and I’m here to do my best for them.”

Asamoah has been handed no.18 jersey at Inter Milan.

Rawlings came through for me in my difficult moments as Pres...
23 minutes ago